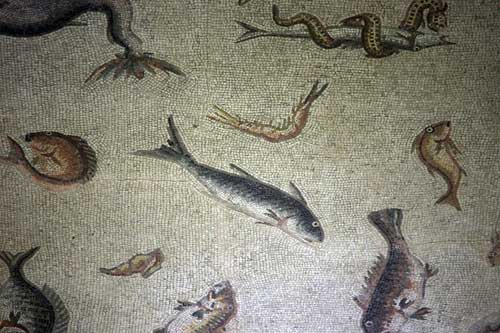 The Zeugma Mosaic Museum opened in Antep in September 2011, giving the world famous mosaics collection a new and modern home. When I visited its precursor in 2008, I was the only visitor in the small museum. It was just me, a few guards, and tens of millions of polychrome tesserae arranged in geometric and figurative patterns. 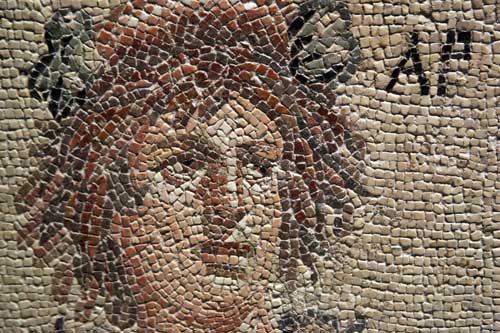 Zeugma is the Roman name for Seleucia, a city founded during the reign of Hellenistic king Seleucus I in the 4th century BCE. It is at a strategic point on the Euphrates River and its location guaranteed its military and commercial importance until the 3rd century CE. Centuries of neglect, abandonment and debris deposit protected its luxurious bathing complexes and patrician villas. Major excavations began in the 1970s and continue today, though access has been considerably complicated by the controversial Birecik dam project, which deliberately covered the site for commercial purposes. Today there is a small museum and active archeological dig in the part of Zeugma that remains above water. The salvaged mosaics are preserved in nearby Antep. 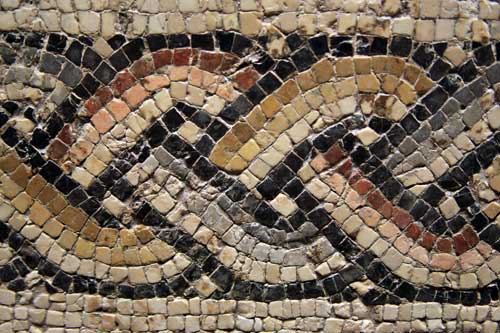 Even the simplest and most common geometric patters are mesmerising. 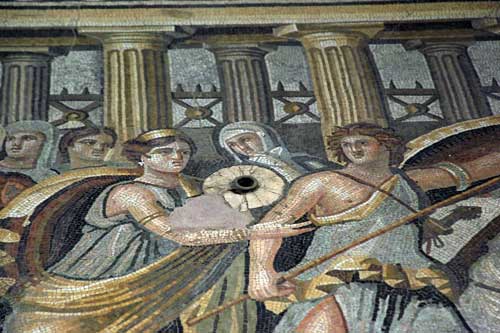 Though let’s face it, mythological subjects with architectural perspective are pretty spectacular, too. 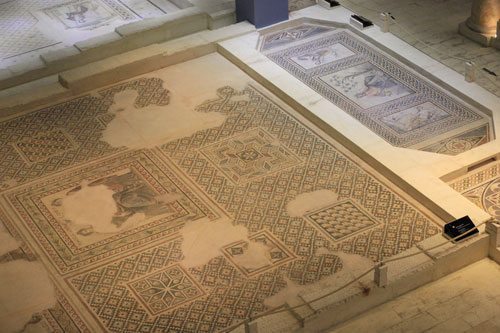 The second floor of the museum provides a birds eye view over the sprawling ground floor mosaics. 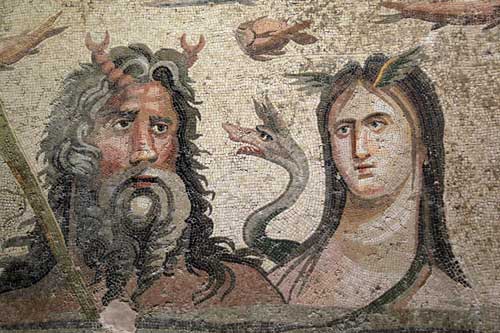 This stunning mosaic depicts the super fertile Titaness Tethys and her husband/brother Oceanus who produced 3,000 offspring together. Damn. 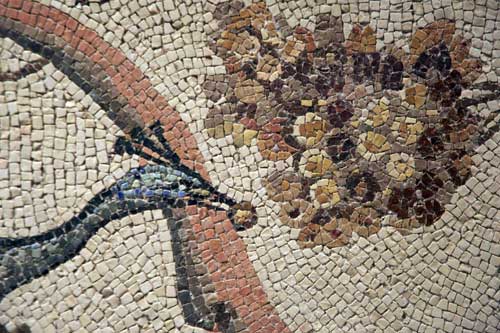 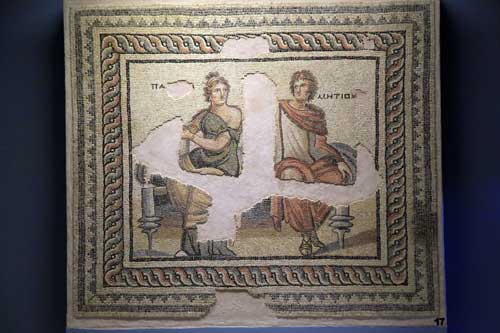 And intact or not, Zeugma’s mosiacs are a tribute to the complexity and artistic tastes of late antique Roman culture.