Where to Eat in Istanbul Right Now 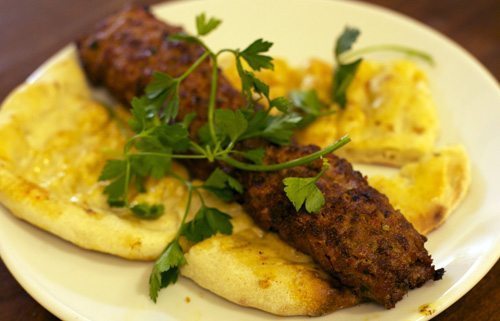 Earlier this week, Eater ran my Istanbul Heatmap, a collection of places that are new (or at least have something new about them). If I could have written only about the places I love, no matter how long they have been established, the piece would have gone a little something like this:

Adana Oçakbaşı
Superlatives are highly subjective and, in most cases, proclaiming a place “the best” is arbitrary, or even ridiculous. But when it comes to Adana Oçakbaşı in Kurtuluş, I see no other way to proceed. Go taste for yourself. Book well in advance and if you can take the heat, sit near the grill where ciğer (liver) is cooked just right and uykuluk (lamb sweetbreads) are delicately seared before melting in your mouth. Order the spicy Adana kebab, the house specialty of minced lamb with a liberal dose of tail fat. Cut the grease with salads laced with pomegranate molasses and wash it all down with loads of rakı.

Asmalı Cavit
Book at Asmalı Cavit well in advance and be sure to request a table in the front room near the entrance. Then, be prepared to enjoy the best meyhane in town. A meyhane is a restaurant that specializes in mezes and rakı. The surrounding neighborhood is full of them, but Asmalı Cavit is at the top of the heap, excelling in both food and atmosphere

Start with a glass, half-bottle or bottle of rakı (depending on the size of your party and your liver capacity, of course) paired with a large assortment of mezes like lakerda (cured bonito), patlıcan salatası (smoked eggplant puree), beyaz peynir (white cheese), fava (broad bean puree), tarama (fish roe spread) and whatever seasonal greens are on hand.

Round out the meal with a heaping pile of köfte, little grilled nuggets of juicy ground meat. They are served with a bitter and spicy tomato-based sauce and a side of potatoes.

Kantin & Kantin Dükkan Bebek
Full disclosure: Kantin is owned by one of my closest friends, chef Şemsa Denizel. Even before our friendship blossomed, I loved this woman’s modern Turkish cuisine prepared with seasonal ingredients. And in case you still think I am biased, just Google Kantin. Chefs and journalists agree that Şemsa’s food is exceptional. I think she serves the best food in town and I’m not alone.

Kantin is set in the posh Nişantaşı neighborhood. The restaurant is up a flight of stairs from street level, while the Dükkan (shop), which sells prepared foods, is down a flight from the street.

At both the shop and restaurant, forget about finding dishes made with foreign or out of season produce. There are no fresh tomatoes or eggplants in the winter when pazı (chard) or hamsi (Black Sea anchovies) are in season. Soups, çitir (crispy flat breads cooked in the brick oven) and beautifully interpreted traditional dishes are some of Şemsa’s specialties. Her kokoreç, is super-seasonal and only served when its main ingredient, lambs intestines, are thin and delicate.

In April 2013, Şemsa opened a second shop, which sells prepared foods and serves breakfast and sandwiches in Bebek. 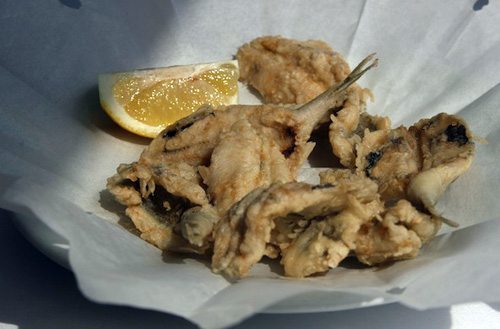 Kıyı
This fish restaurant in Tarabya is renowned for its mezes. I make a meal out of them and I love their kalamar izgara (grilled calamari), gümüş tava (fried sand smelt) and midye tava (fried mussles). Tarabya is a couple of miles north of the second Bosphorus bridge and traffic is heavy in the evening and on weekends, so budget plenty of time to get there.

Though fish is the specialty, the fried liver meze is outstanding. When it is in season, order lüfer, the local bluefish affectionately called “the Sultan of the Bosphorus”.

The place owes its reputation to Muharrem Usta, a master on the grill whose charcoal-grilled fish is second to none. Beware, the Usta only works at lunchtime, so be sure to get there around 12:30 or 1 to ensure he is there and the fish is stocked.

The day’s catch is written on a chalkboard next to the grill. Don’t miss the kağıtta levrek (sea bass cooked in paper), hamsi izgara (grilled Black Sea anchovies, in season in the winter), and dil şiş (sole grilled on a skewer). Save room for a healthy slab of helva (sesame seed paste) for dessert. 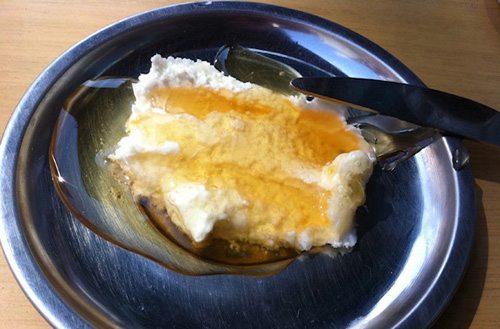 Kaymakçı Pando
Set in the bustling Beşiktaş shopping district for over a century, this breakfast spot run by the elderly Pando is known for its kaymak (clotted cream made from buffalo’s milk). Skip the whole breakfast spread and go straight for the bal kaymak (kaymak with honey) served with sliced bread. There are eggs and other breakfast foods, too, but focus on eating your weight in kaymak instead. If you have room (you won’t, but stuff yourself anyway), head directly across the street for a döner prepared by the inimitable Asım Usta.

Kenan Usta Ocakbaşı
Kenan Usta Ocakbaşı near Taksim somehow manages to fly under the radar in spite of its stellar food. This ocakbaşı (restaurant specializing in grilled meat) is so good that I regularly travel between continents for its perfectly spiced beef and delicately grilled offal. The items to order are külbastı and uykuluk, both cooked on an open charcoal grill tended by the venerable Kenan Usta.

Külbastı is made with liberally spiced tender beef, which is accompanied by a plain lavaş (a thinly rolled bread) and a crispy wafer that has been soaked in meat fat and toasted on the grill. The three distinct textures and flavors are executed perfectly every time. Kenan Usta does have silverware but why wouldn’t you eat this with your hands?

The uykuluk (lamb sweetbreads), rich and hot, melts in your mouth. Get in there with your bare hands and pull the grilled bits of glands off the metal skewer using a thin leaf of lavaş as a glove. The fatty juices inevitably drip on your hands and down your wrists, necessitating an expanded definition of finger licking good.

Aşkana Mantı
Mantı are pinched dumplings filled with meat. They are a specialty of Kayseri, a city in central Anatolia near Cappadocia, and are served slathered in garlic and yogurt, then drizzled with melted butter. If this sounds like the perfect food, it kind of is—at least when it’s done right. Aşkana Mantı in Ulus is the place for this dish. Start with çiğ börek (fried dough filled with minced meat) then have a hearty portion of mantı. I like to sprinkle some dried mint, chili and sumac on my dumplings and dig in.

Mikla
Chef Mehmet Gürs gained acclaim for his Turkish-Finnish dishes in his fine dinging restaurant in the Marmara Pera Hotel. From 2005-2012, Mikla served food that blended the chef’s duel nationalities, but recently, with the help of a cultural historian and consultant, Mikla’s menu has been revamped and now draws deeper inspiration from Anatolia than from Europe. To get a taste of what’s new, go for one of the menus; there is a three-course tasting menu for 150TL or a seven-course menu for 225TL. Prices exclude wine and service. 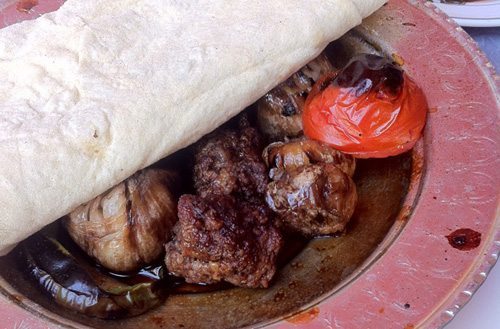 Çiya Kebab
How can I not mention Çiya? It is possibly the most famous place in Istanbul, though most of its food is insanely disappointing. Yet the kebabs are (usually) good, and the springtime kebabs are (often) outstanding.

There are actually three Çiyas: Çiya Sofrası (to be avoided for its underwhelming dishes), Çiya Kebab and Çiya Kebab 2 (in both cases, stick to the meat dishes). All three Çiyas are within 100 feet of each other on Güneşlibahçe Sokak, a street in Kadıköy, just a 5-minute walk from the ferry port.

The philosophy governing the Çiya empire is simple: to serve authentic food while protecting dying culinary traditions. The chef/owner spends much of his time researching the dishes of rural Anatolia (as well as Greece, Armenia, Iran, Iraq, the Balkans and the Caucasus), many of which are threatened by globalization, agricultural policy and today’s fast-food dining culture. His restaurants serve thousands of diners each day, while his publications, cooking demonstrations and cookbooks have reached millions of others.

While Çiya’s dedication to research is admirable, most dishes fall short of their original incarnations, not to mention the average Istanbul dweller cannot afford regular visits to Çiya Kebab, which seems to get more expensive and less satisfying with each visit. There are simply too many diners and too many dishes on the menu to maintain consistently high quality. Still, when the kebabs are good, they are some of the best in town, especially in the spring when sarımsak kebabı (garlic kebab) and yeni dünya kebabı (loquat kebab) are on the menu.

For more on Istanbul dining, as well as offline access to maps and opening times, check out “Katie Parla’s Istanbul” on the App Store.