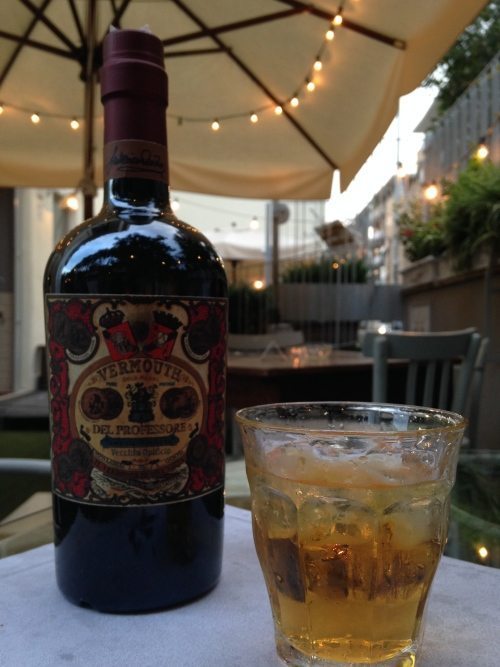 In these last days of summer, I have had an insatiable thirst for the light and (somewhat) local aperitif Vermouth del Professore. Though this sweet white vermouth is made in Piedmont–at the Antica Distelleria Quaglia in Castelnuovo Don Bosco to be precise–the idea was conceived in Rome by The Jerry Thomas Project, the city’s premier cocktail bar and a major promoter of historic liquors.

Named for the iconic bartender and cocktail pioneer Jerry Thomas, aka “The Professor”, Vermouth del Professore is made from a moscato-based wine from the Langhe, which is fortified with alcohol and aromatized with more than a dozen herbs and spices. The result is a golden-amber vermouth with distinct aromas and flavors, ranging from honey and camomile to gentian and wormwood. 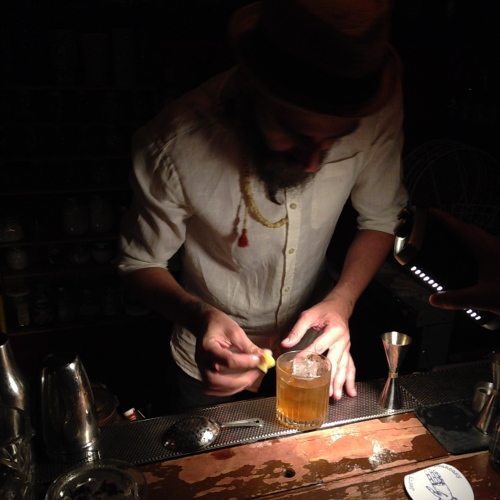 While it can certainly be introduced into cocktails, sipping Vermouth del Professore on ice favors its complexity and accentuates its carefully crafted recipe. It is currently available in Rome‘s finer cocktail venues. I have also spotted it in Paris, London and NYC. Vermouth del Professore “Rosso all’uso di Torino”, which is subjected to extensive barrel aging is on the verge of release, so until it works its way onto bar menus around the world, look for it at Rome’s The Jerry Thomas Project, which reopens Thursday after a long summer closure.