The OS Club and Iolanda in Rome 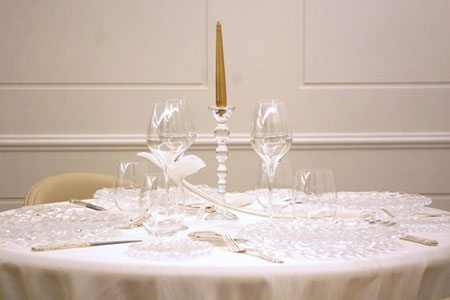 It seems to be a trend in Rome of late to open places that have a vaguely defined concept. Take the OS Club, opened near the Colosseum on November 11, for example. The only thing I knew about it for sure was that Chef Davide Cianetti was running its two restaurants, Iolanda (a fine dining establishment) and the Hostaria (a casual and more moderately priced place). Various sources (including its website and Facebook page) turned up varying and incomplete data about the place.

Now, to be fair, OS Club does have a mission statement on its website. Are you ready for this?: “OS’s purpose is to create contemporary spaces that combine features of many different places, in order to give birth to a place that everybody could call home. Rome, as the rest of the world, tells itself and is told in many different ways, because the intensity of perfection is to be found in details.” Okay… 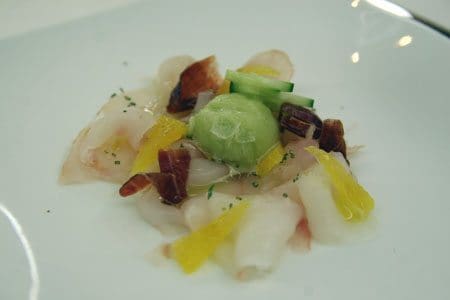 So the only way to figure things out, I surmised, was to go there personally and check it out. I did. And after speaking with the manager, owner, chef and somm on two separate visits, this is what I have gleaned: the two restaurants are open for lunch and dinner (Iolanda is closed at lunch on Saturday and Sundays, however); there is a tea room in the Hostaria that is open from 4-7 p.m; there is a space for musicians and DJs in the Hostaria, but only after dinner service ends, I think. So maybe I still don’t completely get it. 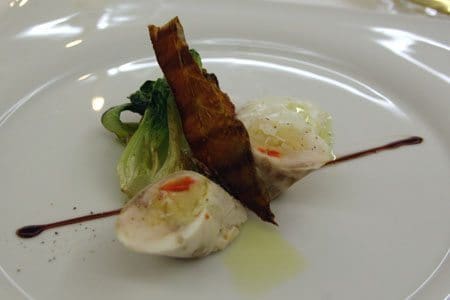 One thing I do have a slight handle on is the restaurant Iolanda. I went there on Tuesday night for dinner. Upon arrival, we were greeted at OS Club’s main entrance and led through the Hostaria to a sliding door that opened into a white room with four tables (a total of 16 covers). The room would be ours for the night, as the OS Club’s other patrons stuck to the Hostaria. 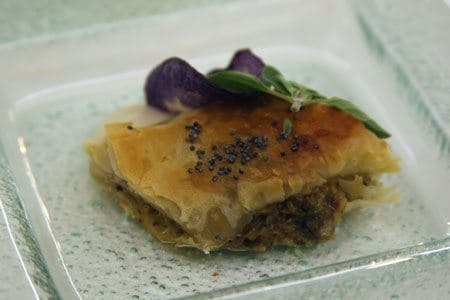 Needless to say the service was attentive, but it was also well orchestrated, informed and outgoing. While Iolanda has been open at this current location since mid-November, the staff is from Iolanda’s previous incarnation across town. That place was open for two years and when Cianetti was brought on in the OS Club, his staff joined him.

Among them is sommelier Alessia Meli (previously of L’Altro Mastai and Antico Arco). Her enthusiasm and pairings really made the meal for us. She was down to earth, engaging, and very excited about her list for Iolanda, which is divided by grape and style, rather than by region. She was kind enough to give me a copy of the wine list, which she autographed, and which I am contemplating building a reliquary for. She has also built another list for the adjacent Hostaria. 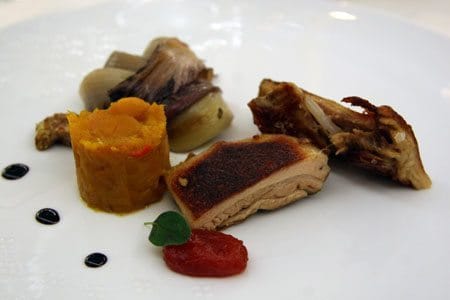 The ten-course menu (€110 per person) was made up of courses chosen by the chef. Highlights included monkfish carpaccio with avocado sorbet, steamed “sushi” (fish rolled around potatoes and steamed, a description that does no justice to this dish), a sort of artichoke borek, and grilled pork with pumpkin chutney. I didn’t much care for the dish that is apparently the chef’s most famous from Iolanda #1: tortelli stuffed with cacio e pepe and tossed with amatriciana sauce. I’ve had a bunch of these pasta dishes that try to reinterpret Roman dishes by filling pasta with traditional sauces. The only one that has ever really wowed me was Antonello Colonna’s negativo di carbonara, fresh pasta filled with carbonara sauce and garnished with crispy guanciale.

In all, the meal was very good and the service was extraordinary. I don’t think I will often have the opportunity to have a romantical meal alone in Iolanda’s white dining room. But, then again, I can always book the private room just off the Hostaria, where a single table beside a large window looking into the kitchen is served by Cianetti himself.