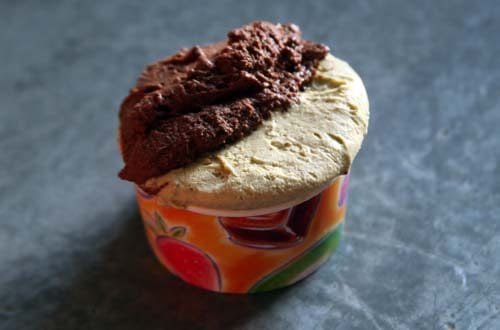 When Carapina’s only Rome location closed earlier this year I was sad for two reasons. First, I loved the clean flavors at this Florence-based gelato shop. Second, I was afraid its closing signaled that the artisanal gelato bubble had burst. It’s been 4 years or so since all-natural gelato had its moment. The peak was back in 2013 when many new shops opened, while existing brands grew. Roman gelato makers–and eaters–were increasingly embracing artisanal and natural gelato made with ingredients like fresh dairy (instead of powdered milk and hydrogenated oils), fresh fruits (instead of powders) and seasonal herbs (rather than artificial flavors). A majority of the city’s 2,500 gelaterie still use all sorts of junk and its not like such places like Giolitti are going away. But it seems my fears about the natural gelato market being saturated were premature. This summer and fall these spots opened in central Rome: 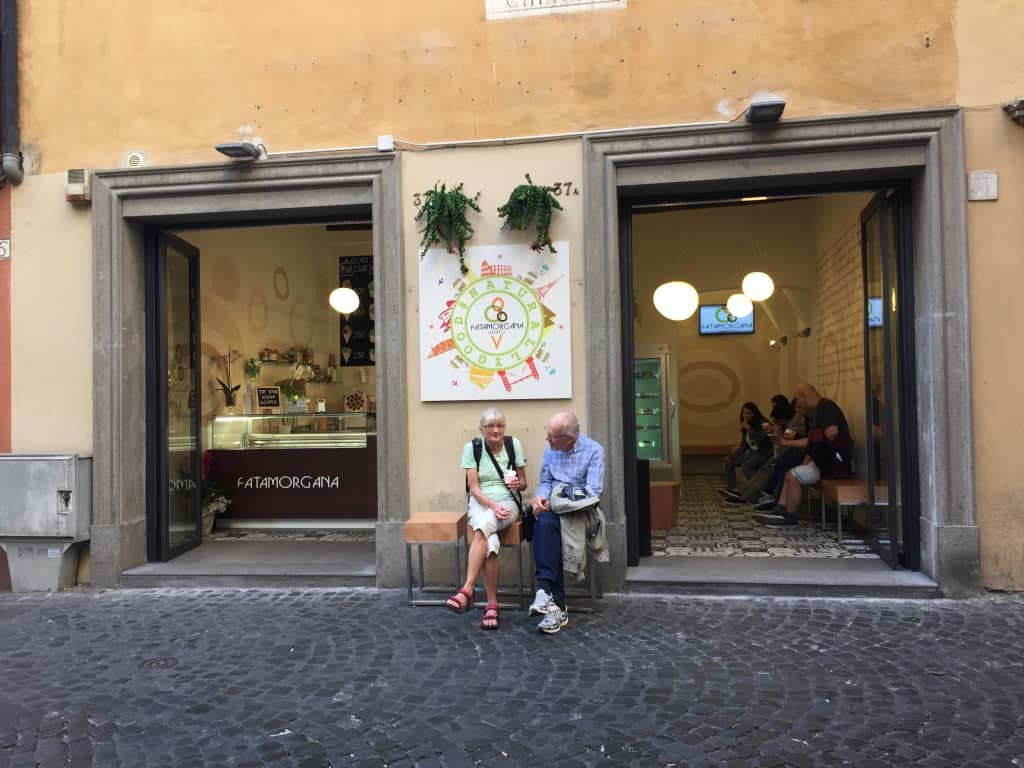 The newest branch of Gelateria Fatamorgana (Via dei Chiavari 37), a small but growing artisanal gelato chain, opened in Rome’s centro storico this month — look for it in Carapina’s old location right next to Antico Forno Roscioli. Each flavor is made from all-natural ingredients, without chemical additives or artificial flavors, and many are lactose free. The whimsical creations are often seasonal and always draw on quality produce, spices, and herbs. When the weather is warm, try Panacea (ginseng, almond milk, and mint) with ananas e zenzero (pineapple and ginger). There are a number of chocolate variations, ideal for winter, including “Kentucky” (dark chocolate and tobacco). Fatamorgana also offers certified gluten-free gelato, a rarity in Rome where so many shops use additives that bear the risk of gluten cross-contamination. 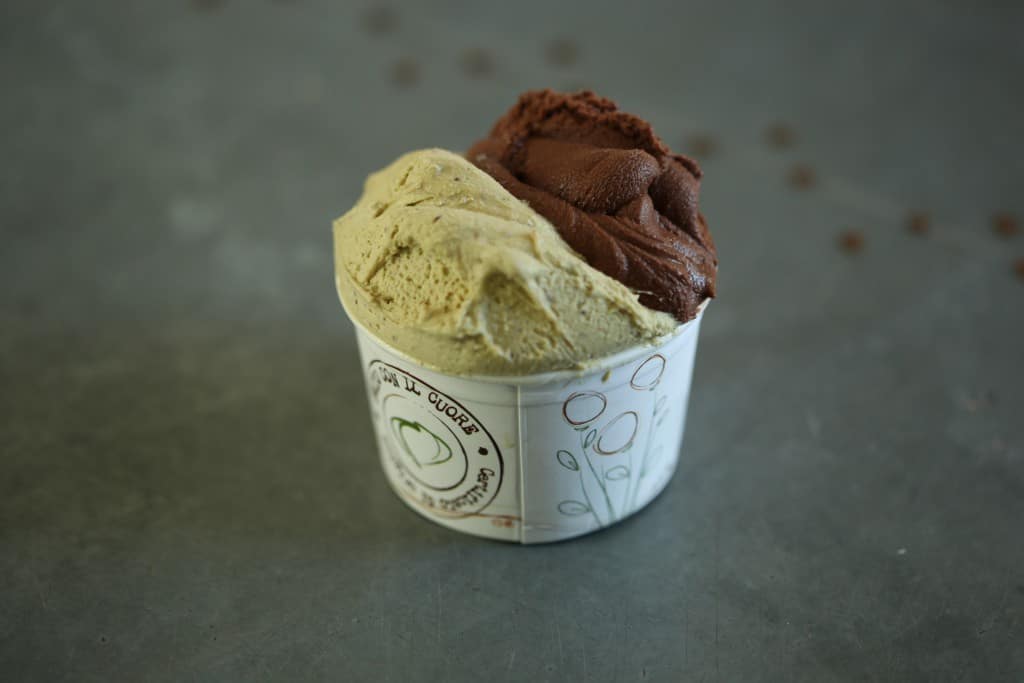 Neve di Latte’s second location opened this summer in Via Federico Cesi 1 just off Piazza Cavour in Prati. The popular artisanal gelato shop uses Italy’s best hazelnuts and pistachios, milk from a biodynamic producer, organic fruit, and high quality sugar to make his intense gelato flavors. Pistachio and chocolate are a classic and unbeatable combo. But look for seasonal flavors like persimmon, mandarin, and pear in the fall and strawberry and berries in the summer, and remember: you’re always entitled to two flavors with any small gelato cup or cone in Rome. Neve di Latte is no longer helmed by maestro Ermanno di Pomponio (he left the gelateria a couple years back to open Armonia e Poesia in Civitavecchia) so the gelato isn’t quite as flawless as it was and it’s a bit thicker and denser than it used to be, but it’s still pretty good. The original location is still going strong behind the MAXXI in Via Poletti 6. 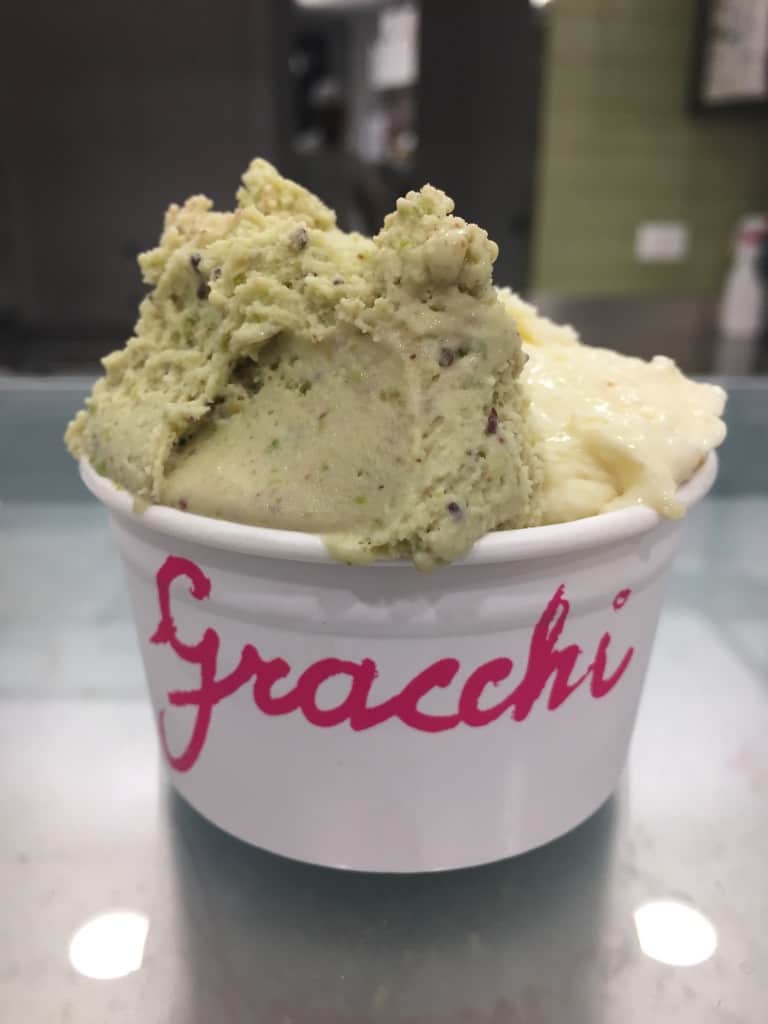 As the name suggests, Gelateria dei Gracchi was first opened on Via dei Gracchi in Prati but the fourth and newest location opened in August in Via di San Pantaleo 61 a 1-minute walk from Piazza Navona. Gracchi is known for its slightly chunky nut-based flavors, especially hazelnut and pistachio, which pair brilliantly together, as well as their boozy zabione selection, made either with Marsala or Zibibbo wine. The other locations are in Via dei Gracchi 272, Via di Ripetta 261, and Viale Regina Margherita 212.