Skip to content
Home/Road Trip Part 4: The Hills Are Alive
Previous Next 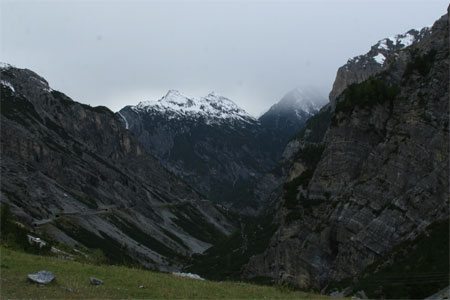 On the road in Switzerland.

At 10am we hopped in the car parked outside our hotel in Chiavenna. “What do you want to do today? Should we go to Switzerland?” asks Papa Parla. “Sure!” I reply. And so it was that we turned the car east towards the Swiss border. We drove through plains flanked by increasingly dramatic mountain terrain until we reached St Mortiz, an immaculate town on a lake. Though the area is a famed winter sport destination, there were plenty of hikers and cyclists this time of year taking advantage of the fresh mountain air and well marked paths. 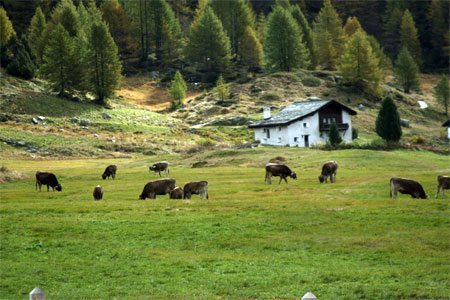 From St Moritz, we headed up into the mountains. The temperature dropped from 20C to 7C, snow caps began to reveal themselves from behind the clouds, the air became thinner and green pastures gave way to scruffy brush covered in patches of snow. In just a thousand vertical meters everything had changed. To call the surroundings spectacular would be an understatement. And photos hardly do the trick.

We drove down the mountain and made our way to Al Filo’ in Bormio for lunch. We kept ourselves in check, having really overdone it the night before. We shared a bresaola starter with candied figs and each ordered a second course. I had sliced duck breast with porcini mushrooms and dad had zucchini flowers stuffed with meat and served on a bed of polenta. Now that I think of it, maybe we didn’t reel it in at all. For dessert we had chocolate mouse and myrtle custard in a buckwheat crust. 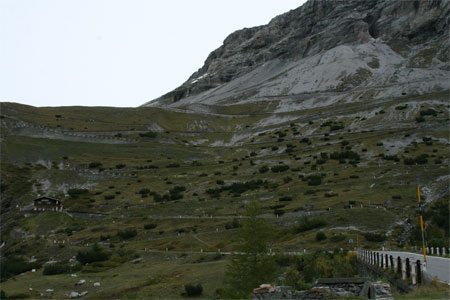 On the road in Parco Nazionale dello Stelvio, Lombardy.

Bormio, in eastern Lombardy, is the gateway to the Parco Nazionale dello Stelvio, a mountainous park that extends into Alto Adige and borders Switzerland. We had no idea what to expect and were completely floored by what we saw there. 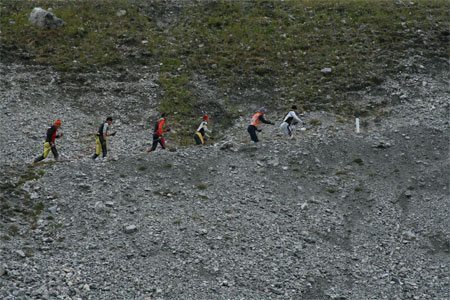 Instead of the jagged Alpine peaks of Switzerland, we found gray dolomitic limestone studded with tufts of greenery. Gradual slopes gave way to steep switchbacks. 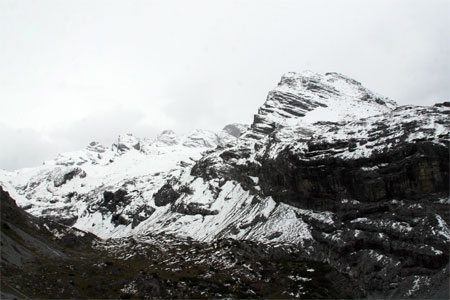 At around 2200m we saw a team of rollerbladers climbing the hill. This may have been the most amazing site of the day. Or maybe it was the snow drifts at the top of the mountain. Let’s call it a draw.