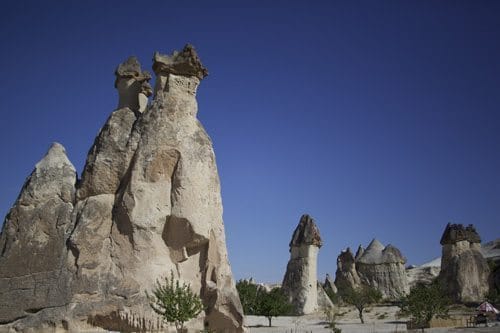 It’s been just over three years since I last visited Central Anatolia’s Cappadocia region. In 2009, I spent a week there while updating the Rough Guide to Turkey. I stayed with my friend Susan in her stunning cave house in Üçhisar and we drove around the region checking out hotels and restaurants and looking for obscure troglodyte dwellings and Byzantine sites.

Our first few days were focused around the three main towns of Üçhisar, Ürgüp, and Göreme; at the time, the latter felt like the most awful places on earth, having been plundered of its authenticity by binge drinking backpackers and bloated budget travelers on bus tours. A cloud of desperation hung over the village, which had adapted to make a quick buck from seasonal tourism. It was here that I encountered a shocking number of embittered locals, including one who laughed seemingly interminably when I recounted my day out cycling, in which several cars had tried to run me off the road, while other passengers hurled garbage at me from their windows. I was appropriately dressed, by the way. I never wanted to return. 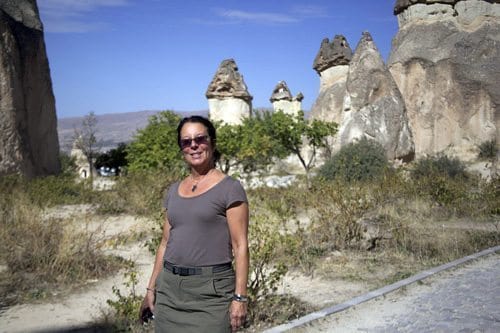 But I did go back last week with my mom and her friend Rita and Göreme proper was relatively empty. Out of peak season, it was sort of tolerable. Less pleasing, however, was the Göreme Open Air Museum a short walk from the town. The region’s most popular site was crawling with massive tour groups that clogged entrances and exits to the site’s churches, their lines snaking in and out of the ancient monuments. The whole place seemed like a rotting corpse overrun with maggots. I felt sick just being there, bearing witness to the site’s decay. 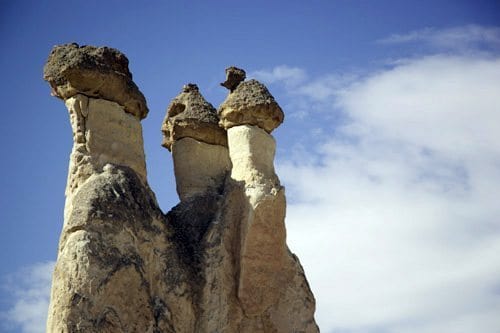 While the strange rock formations that characterize Cappadocia are the product of volcanic activity and erosion that took place over tens of thousands of years, mass tourism has taken a much more rapid toll. Rock hewn dwellings, thousand year old churches and Byzantine monasteries had visibly deteriorated in just a few years’ time. There was more graffiti and there were fewer frescoes. And mass tourism is way up. The locals we spoke with noted a greater tourist presence in recent years but said these budget travelers stay for a shorter time and contributed less to the local economy than their predecessors. 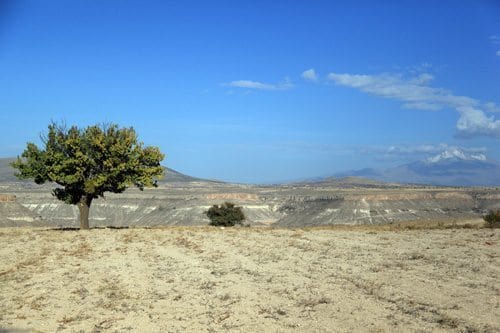 Just as I had with Susan back in ’09, I was desperate to take us off the beaten track. My friend Elvan arranged for a car rental for us and for 80TL/$45/€34 a day we were free to explore. Our first stop was Avanos, famous for its pottery, where we purchased extraordinarily detailed Hitite-inspired ceramics by Turan Duru at his shop Hattuşa. 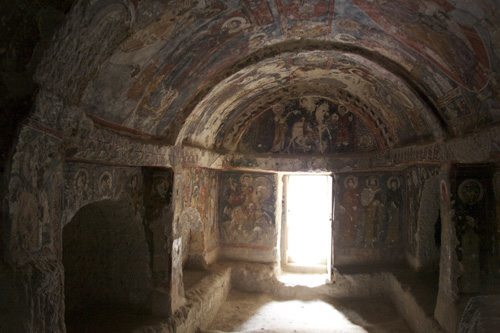 Next was Mustafapaşa, a potpourri of Greek houses and rock hewn cavities. It was just as unspoiled as I remembered. But the real treat was Soğanlı. Few visitors make it to this valley a 40-minute drive south of Ürgüp. Byzantine churches, some signposted, others unmarked, pepper the gorge. There we found well preserved frescoes (save for iconoclast vandalism), intact naves, sprawling devotional complexes, all enjoyed in the absence of other visitors. Finally, we had found the Cappadocia we were looking for. 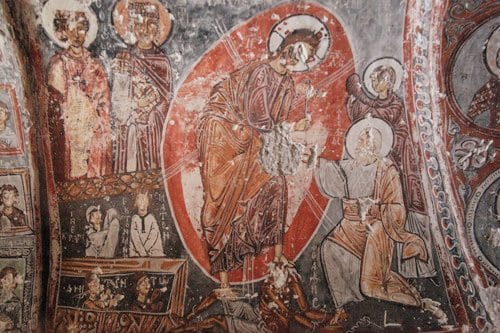