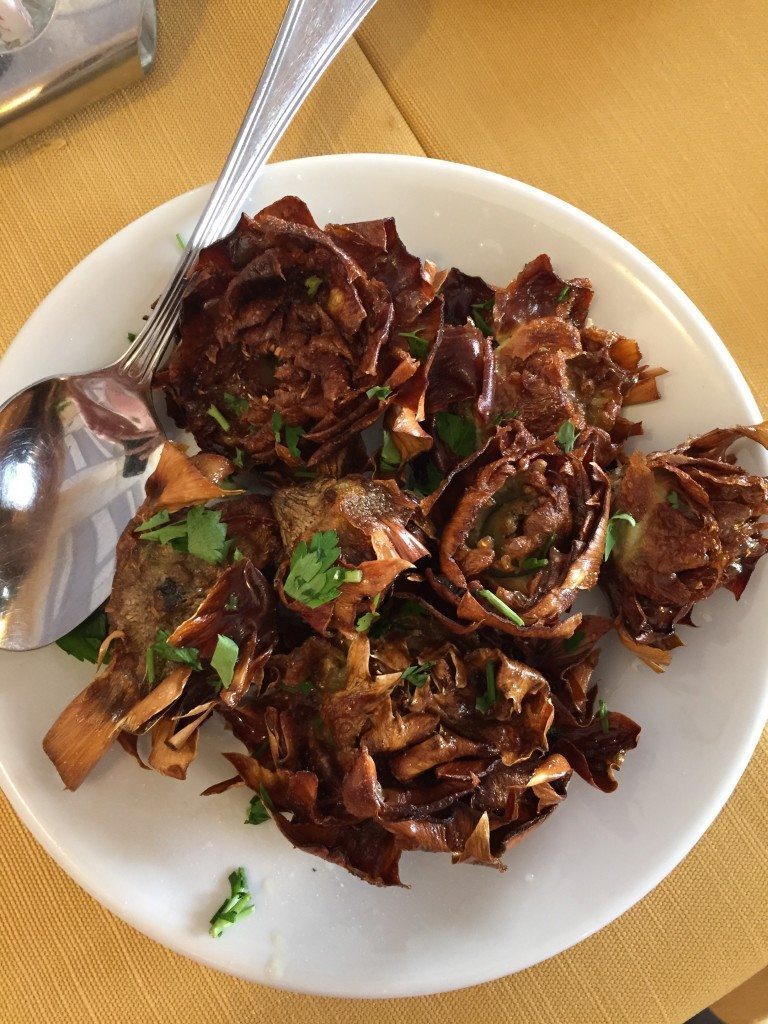 Off all the districts in central Rome, Testaccio is the one best known as a bastion of local food culture–chalk it up to its ancient identity as a bustling marketplace for olive oil, its retired slaughterhouse, a lively produce market, and its many many restaurants serving the cucina romana. Rome-dwellers and visitors alike all have their favorite spots. The former category tends to favor Flavio and Checchino dal 1887, while the latter still loves Felice (RIP, Felice, your namesake restaurant has not fared well in your absence).

I have my go-to spots in the ‘hood and while I personally love Flavio al Velavevodetto very much (and chef Flavio Di Maio is a persona squisita as we say in Rome), it has become difficult to fully endorse thanks to near constant negative feedback from readers and visiting chefs. It’s upsetting. I’m not a super fan of Checchino dal 1887 (though I’ll go now and again for their handful of dishes almost no one else makes). So when I want to direct people to satisfying Roman cuisine in Testaccio, I suggest Piatto Romano. 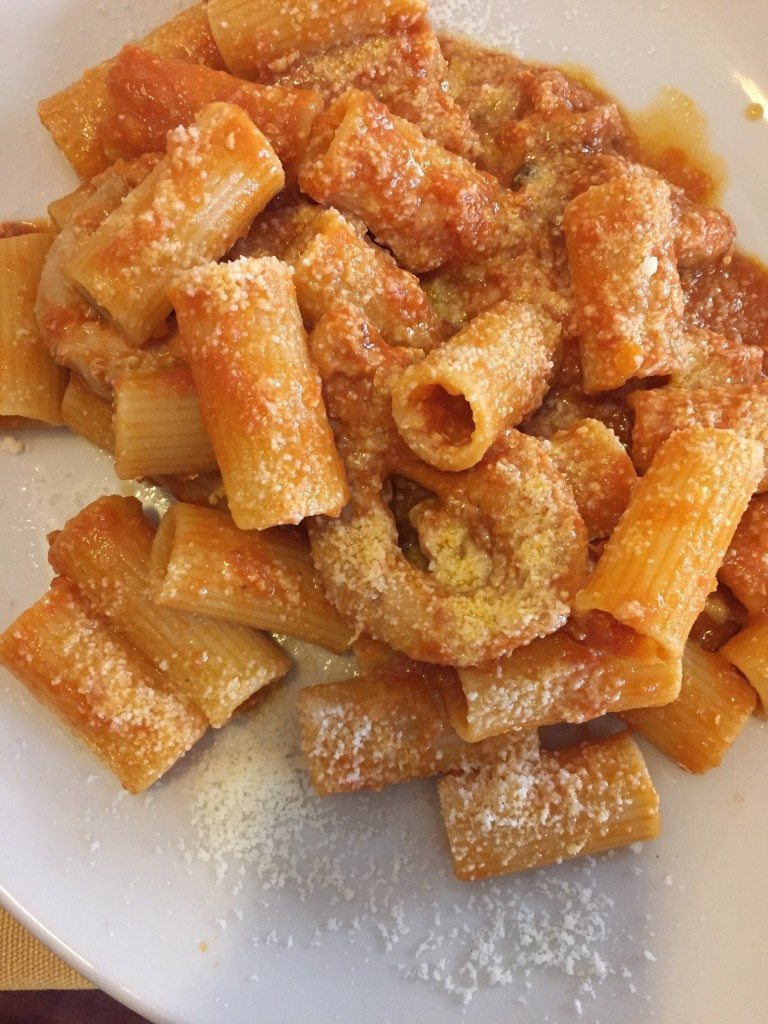 The blink-and-you’ve-missed-it storefront on Via Giovanni Battista Bodoni gives way to a sort of lobby area with a pizza oven. To get to the dining room, you are obliged to pass the tempting antipasto cart (below) featuring seasonal specialties and (more often than not) salt cod roasted with fruit (get this dish). 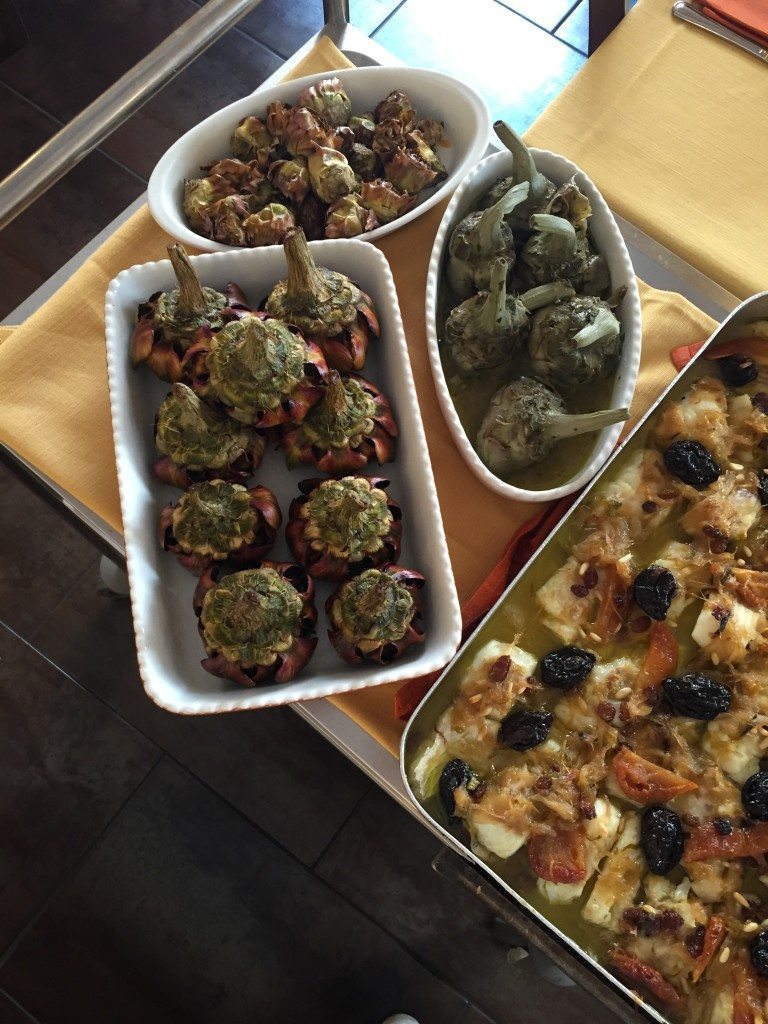 I’m not sure if there is an actual written menu. When I go, often for Sunday lunch, the server simply rattles off the specials–cacio e pepe, rigatoni con la pajata, fettuccine con rigaglie di pollo–and don’t worry, the absence of a menu doesn’t mean they are trying to get away with serving €30 bowls of spaghetti. The food is affordable, tasty, seasonal, thoughtfully made, and (mostly) Roman. On Thursdays you’ll find gnocchi while Tuesdays and Fridays feature fish, per local tradition. It’s mainly in the fish dishes that you’ll find some non-Roman items like alici arraganate, a spicy anchovy dish from Italy’s Adriatic coast. You might recognize this and other fish specials from La Torricella nearby–the proprietors are the same–but here Rome eclipses Abruzzo as the venue’s name (“the Roman dish”) aptly implies. 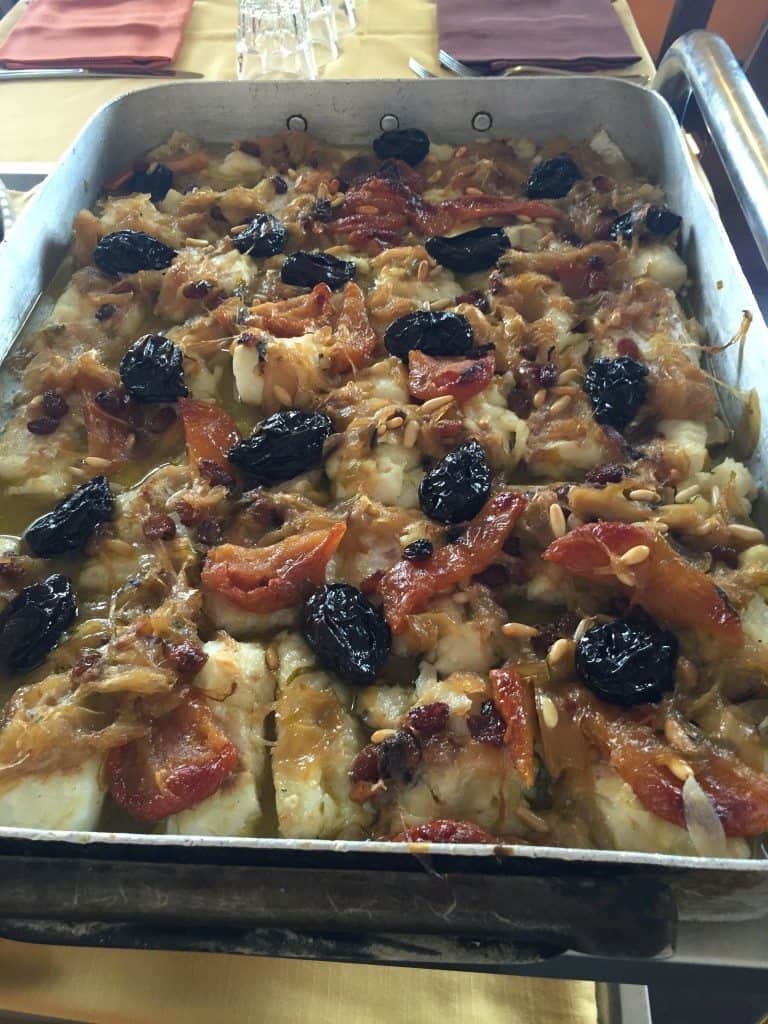 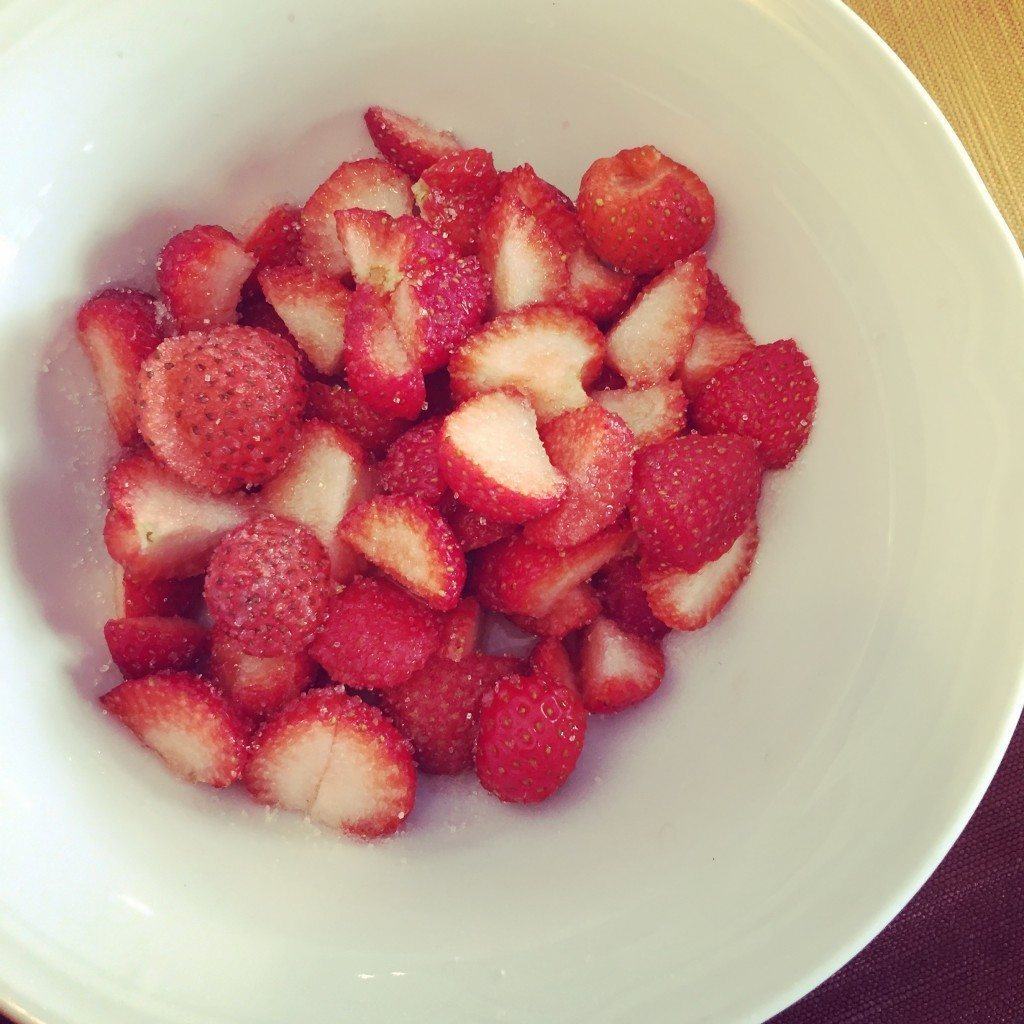