Skip to content
Home/Oliver Glowig Opens in Rome
Previous Next 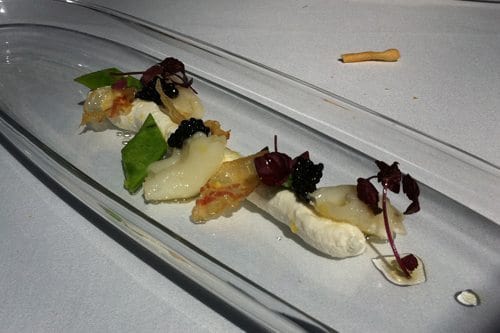 On Wednesday, Oliver Glowig opened his eponymous restaurant in the Hotel Aldovrandi, a short distance from the Villa Borghese in Rome. This is the multi-Michelin star chef’s first foray into the Roman food world, having previously worked on Capri (L’Olivo) and in Montalcino (Poggio Antico). The new venue is a change of gears for the chef in many ways and Rome is a much different market than his other endeavors, mainly because the capital has a mixture of tourists and food-obsessed locals, while at L’Olivo Glowig served mainly tourists. 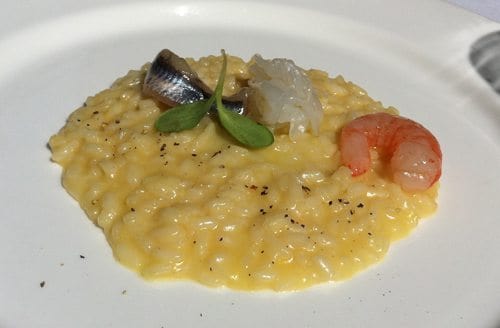 I paid a visit at lunch to try the place out. Most of the other diners were hotel guests and there was a table of business people. In spite of the fact that the restaurant has done little advertising, the outdoor seating area was full. Not bad for the third day of service.

I perused the menu, which is very similar to that at L’Olivo. Scatti di Gusto reported on this fact, quoting the chef, “We are going to start off slowly, with signature dishes because we want the clients who already know our food to recognize the Oliver Glowig that they encountered before.” 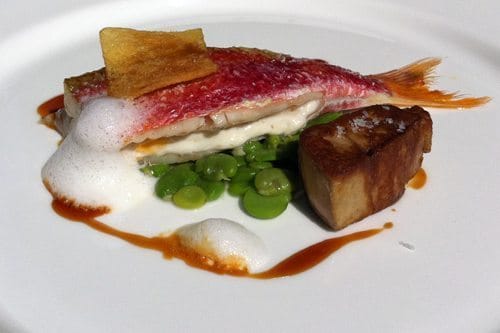 The a la carte menu (antipasti from €24, primi from €24, secondi from €36, desserts €18) is joined by two tasting menus named for Oliver’s daughters, Aurora (€80) and Gloria (€110). I opted for the five-course Gloria menu. Dishes included cod tripe with caviar, crispy pancetta and ricotta; lemon risotto with raw anchovy, cuttlefish, and red shrimp; smoked sea bass with oysters (though I was served a dish from the Aurora menu—red mullet with smoked ricotta, foie gras and fava beans); squab in an olive and ground nut crust; chocolate in five consistencies with frozen liquorice custard. 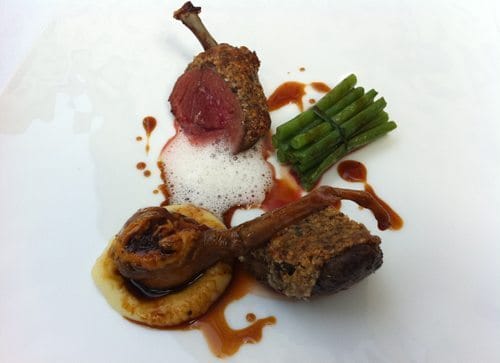 The meal’s low point was the red mullet with smoked ricotta, foie gras and fava beans. The foie was a bit dried out and the dish tasted as though it had been sitting under the lamps for too long. Additionally, it was not part of the menu I ordered, which was odd to say the least. But then again, these things can happen when a place is working out its kinks. There were a few other service hiccups, though they were minor and completely excusable in such a new place. 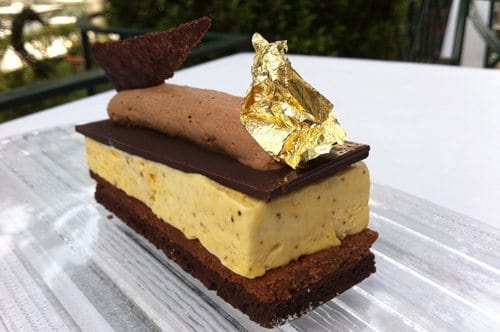 The other dishes were mainly very good, particularly the cod tripe with ricotta and pancetta, which had really nicely balanced flavors. Plus the whole cod/tripe/ricotta thing had an inadvertent (the dish is actually from L’Olivo’s menu) Roman vibe. The squab was excellent, perfectly cooked and ideally matched to its flavorful crust. I wasn’t crazy about the dessert, which had several hard cookie layers which were impossible to eat with a without stabbing violently. Thankfully by dessert, I was alone on the patio and could assault the thing without embarrassment. But eventually I gave up and stuck to the simple and flawlessly executed sugar-coated fried dough balls. 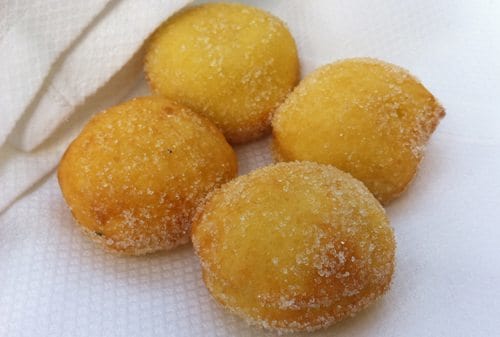 The tasting menu, two glasses of wine, water and coffee came to €162, excluding service. Beginning around May 1, the lunch menu will change to offer lighter, more summery dishes, while dinner will have a menu similar to what was offered today.