Skip to content
Home/The Move to Rome, Ten Years After
Previous Next

The Move to Rome, Ten Years After 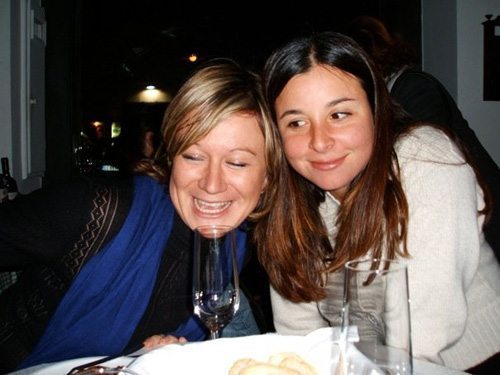 Petu and Baby Parla, Al Vino Al Vino. We cannot pose properly due to the arrival of caponata.

I have been rounding up for a few months now, telling everyone it’s been ten years, just so I could get used to the idea. But as of today, it’s official. I have lived in Rome for a full decade. When I landed at Fiumicino on January 14, 2003, I was a 22-year-old, unemployed, recent university graduate. I didn’t know what I wanted to do with my life, but I knew that I was horrible at math, detested authority, and didn’t understand how computers worked. I would be ill-suited for the jobs in banking, the CIA, and the tech world that most of my classmates had snagged.

But I wasn’t worried. And it wasn’t ignorance or naivete that stoked my confidence. I had spent the previous 7 years of my life planning for that moment and when I touched down in Rome, I had enough cash put away from random jobs (college football manager, club promoter, and bouncer among them) to get me through six months of unemployment.

I figured I’d figure it out, give Rome a shot, and see what happened. After all, I had a college degree, was a hard worker, and came from America. So what if I had no visa. The city would welcome me with its warm, guanciale scented embrace. Not.

Ok fine, I guess I was a bit naive. I had lived in Rome for short periods during college, including a three month stint researching my thesis, “The Amazonomachy: Myth and Meaning in Antonine Era Funerary Art”. But short stays are a vacation, not real life. Those first six months were a piece of cake compared to the second six. Though by July 2003, I had learned to speak the vulgar Roman dialect, my funds had dwindled, and I was doing my least favorite thing on earth: providing private English lessons to profoundly vapid Pariolini. In spite of these overprivileged Romans being the most repellent form of life, I have them to thank for my rock bottom.

I recall conversing with a male student during our private lesson. He was, objectively, very hot. But I was so annoyed by the truly inane nonsense he spewed in broken English I couldn’t even distract myself with his good looks. If he wasn’t bragging about his debauched trip to Porto Cervo, he was proclaiming how much better his face looked since getting rhinoplasty. I thought if I had to sit through one more session I just might die–or at least ruin a perfectly good nose job. I took my last $300 and placed an ad in the Yale Alumni Magazine. I knew I loved teaching and had been working occasionally as a guide. Maybe this was a way out. The ad read, “Art History grad provides tours of Rome.” It was the cheapest ad I could get away with. The month it ran, a certain Dorothy Smith changed my life.

She was a retired librarian and hired me to guide her through Rome for 2 solid weeks. I still have the notes I made in preparation for her visit. Many of the itineraries I customized for her are the basis of my offerings today. From then on, things were different. I had found direction. Ten years later, I still love telling people about art, history and food. And I still suck at math, detest authority, and don’t know how computers work. Perhaps these are projects for my next ten years.