Skip to content
Home/Mile End, A Montreal Jewish Delicatessen in Brooklyn
Previous Next 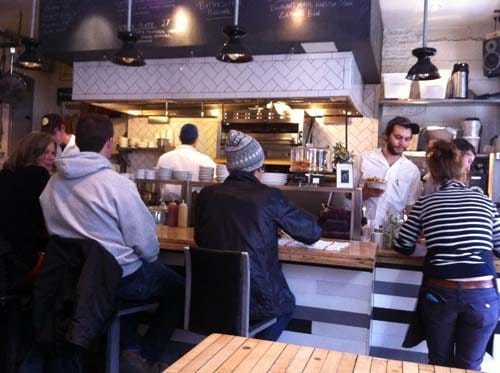 Friday was my last hurrah in NYC, my final day to eat my fill before heading back to Italy. The litany of delicaces that I will have to do without until my return is longer than I wish to confront and, as usual, I went all out in an attempt to satiate myself until next time. Having slept in after a long and late meal on Thursday night at wd-50, I missed breakfast and went straight for a hearty lunch at Mile End, a Montreal Jewish deli in Brooklyn’s Boerum Hill. 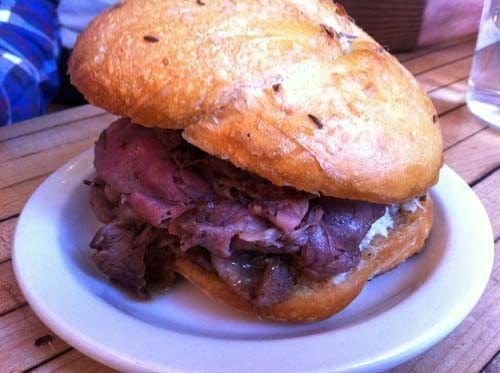 We were too late for Montreal bagels, but my best bud and Buffalo native Jack and I made up for lost carbs elsewhere. We started off with pletzel, a sort of “everything” focaccia, which was dry and not particularly memorable, but at least it kept us from eating off our neighbor’s plates while hunger pangs intensified. 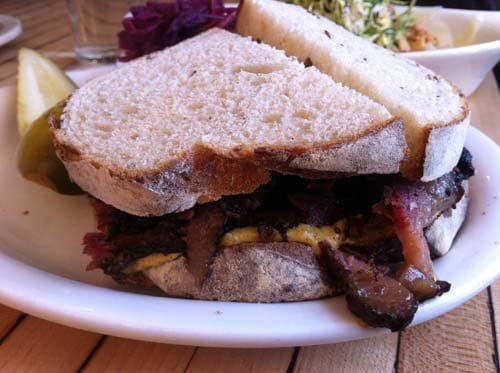 We also ordered poutine, a salad and two sandwiches–smoked meat on rye for me and beef on weck for Jack. The latter is a western NY classic and Jack wholeheartedly approved of this rendition, which used a bun that was more buttery and less salt-encrusted than his native city’s version. At Mile End, they use thinly sliced wagyu roast beef dressed in its own juices, though not excessively so. My cured and smoked beef brisket was just the right balance of brininess and smoke, which was accompanied by a pleasantly tangy mustard. The slaw, on the other hand, was sadly bland. 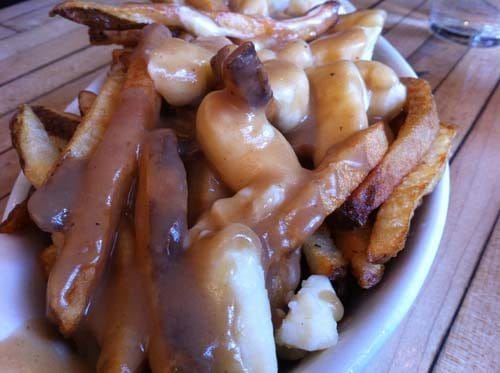 Not so for the poutine, a French Canadian dish whose name, I believe, is shorthand for “there is a bypass in your very near future”. This decadent and flavorful concoction consists of French fries dressed in cheese curds and drenched in thick gravy. 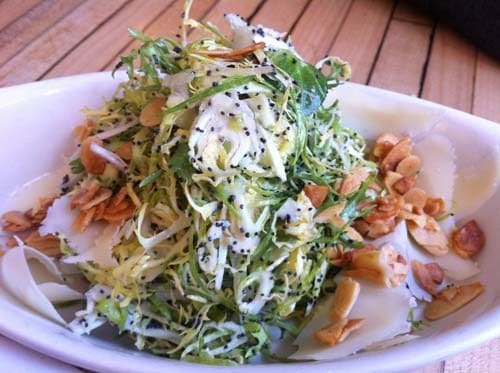 But believe it or not, it was not the poutine or beef on weck or brisket that stole the show, but a salad. Shaved brussel sprouts, frisée almonds, cheese and poppy seeds were lightly dressed with a fresh and tangy dressing. Flavors were perfectly balanced and the dish itself was a pleasant surprise on such a fat and meat-driven menu.

Mile End is located at 97 Hoyt St in Brooklyn.