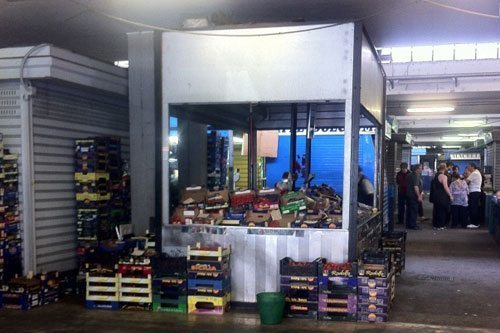 On Saturday June 9, it finally happened. The Mercato di Testaccio, a nearly century-old institution, saw its last day of operation. The controversial closure will be followed by relocation to the Nuovo Mercato di Testaccio in an aesthetically offensive space a few blocks away. Reports state the new market will open on June 13. When I walked by the (now) ex-Mercato di Testaccio today, the atmosphere was a bit surreal. A dozen police cars and lots of undercover cops guarded the entrances of the market. Inside, Carmelo d’Agostino, the market’s tomato specialist, tended to his produce alone. I was with two lovely Aussies and he beckoned us inside for a look at his varied crop and warned us he couldn’t sell us anything but said he wasn’t going to stay home today.

Update (June 12): a last minute city decree has reopened the (soon to be old) market from June 12-30. The Nuovo Mercato is slated to open July 2. 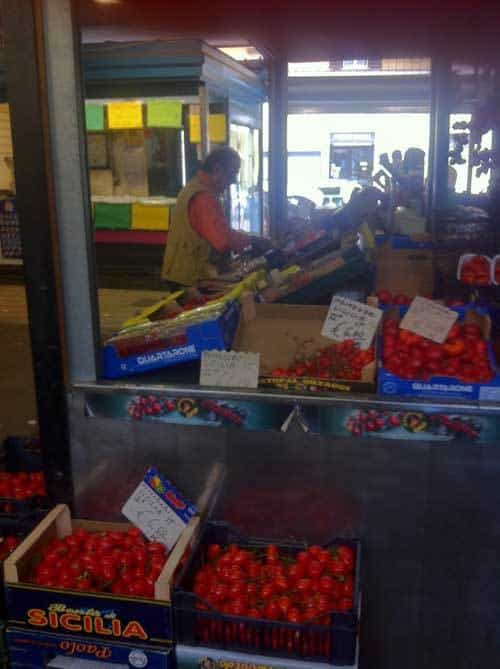