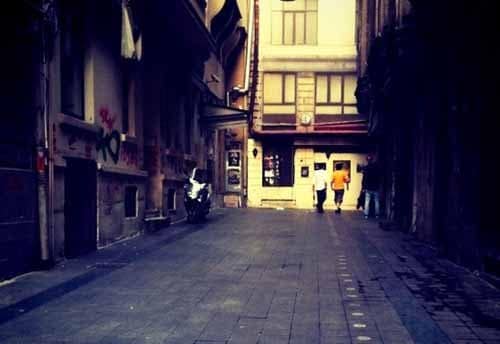 The streets of Asmalicavit, once packed with people, are now empty.

Before July 26, any Istanbul resident or visitor would not recognize this street in Beyoglu’s Asmalimescit district. Just steps from Tunel and the end of Istiklal Caddesi, this nexus of young Istanbul’s social life was previously packed with tables, where patrons sipped beers, knocked back raki with their mezes, and played backgammon. On Tuesday and Wednesday last week, authorities “evicted” many of the sidewalk tables, and destroyed many of the platforms that hosted outdoor seating in the zone. For full coverage, check out this post over on Istanbul Eats. 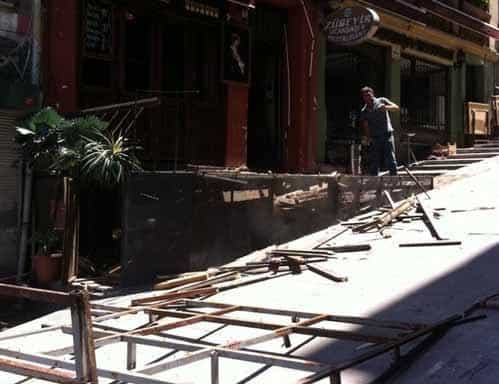 I spoke to a few people in the neighborhood about it, all of whom preferred to preserve their anonymity. “The government is beginning to show their true colors”, one said, perhaps in reference to the increased conservatism of the AKP ruling party. “The government is cracking down now because Ramazan is approaching”, suggested a regular patron of the area who believes the sweep is a move away from secularism. Whatever the motivation, one thing is clear: the streets and businesses of Asmalimescit are eerily vacant. The tension is quite palpable.