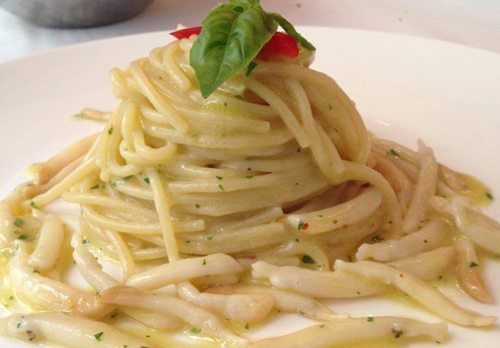 In spite of the countless fish dishes that populate Roman menus, Rome’s not much of a fish city. It wasn’t until the mid-20th century, with the proliferation of refrigeration and deep freezing, that fish caught in the Tyrrhenian, Adriatic, Mediterranean Seas began making their way to the Italian capital’s market stalls and

restaurant tables. Before that, salt cod from northern Europe, salted anchovies, and Tiber perch dominated. You can still find the first two all over town in many forms. The latter has completely disappeared from the Roman diet and that’s probably a good thing. 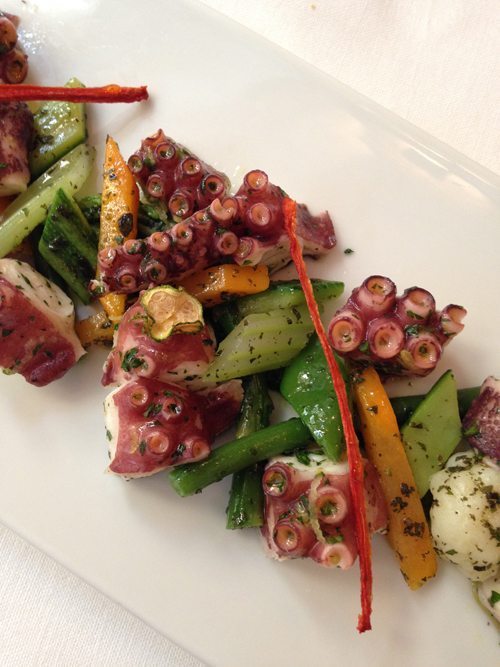 Today, plenty of fish is sold and served in Rome, though finding truly exceptional quality and preparation is exceedingly rare. The cheap stuff is scary and the expensive stuff is a gamble, so for a completely spectacular pescatarian meal, Il Sanlorenzo on Via dei Chiavari is the place. A meal won’t be cheap (think €75 and up per person for a full meal), but fresh fish is very expensive–and it should be; the seas around Italy aren’t exactly teeming and it’s a highly perishable, often seasonal, commercial good. Il Sanlorenzo collaborates with fishermen in the Pontine Islands and Civitavecchia, so the investment in a meal there supports local economies. Plus, the freshness of their seafood is unrivaled in Rome.

The menu constantly changes to reflect market availability, so among the starters you might find are amberjack tartare, raw scampi, fried calamaretti, sea urchin roe, sauteed clams, octopus salad and Catalan-style seafood salad. The pasta portions tend to be on the large side, so a starter or two and a primo are usually adequate–the spaghetti with razor clams and spaghetti with clams are both outstanding. For mains, there are whole fish, filets, and all sorts of mollusks and crustaceans to prepare roasted, baked, or fried. 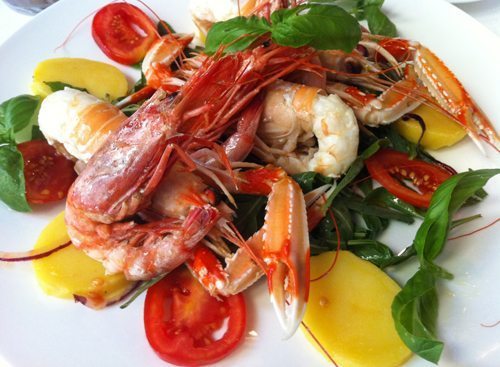 There is an a la carte menu, as well as a tasting menu. The service is formal but not overbearing and the wine list is perfectly suited to the menu. Book in advance for dinner, but I walk in at lunch and always find a place. A bonus: they are fabulously kind to solo diners.