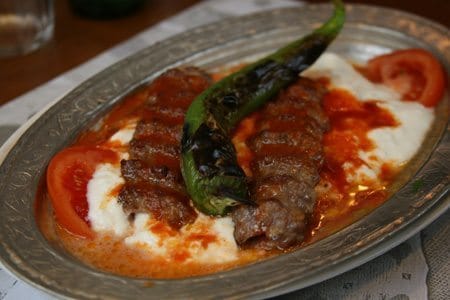 Well, sort of. Italy is celebrating its 150the birthday today, even though there were two very conspicuous parts of the peninsula that had not yet fallen to the unification movement–the Venetia (Venice and its environs) and a little thing called the Papal States, the kingdom of the Pope whose capital was in a little place called Rome. These fell in 1866 and 1870, respectively. Details, details. I guess we have another party to look forward to in 2020? In the meantime I’ll be celebrating the premature party with a red-white-and-green kebap at Ciya in Kadikoy. I’m willing to overlook poor math in the favor of Italian flag colored food. With meat on top.