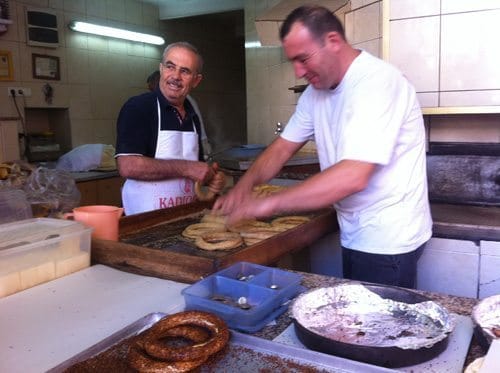 Earlier this week, while walking through the Alsancak section of Izmir in search of a flaky, savory breakfast at Dostlar Boyoz Fırını, Mamma Parla, Rita and I caught the aroma of toasted sesame seeds and followed our noses. They led us to the corner of 1464 and 1466 Streets where people were queued up waiting for fresh-out-of-the-oven gevrek, a sesame-crusted bread ring similar to simit. 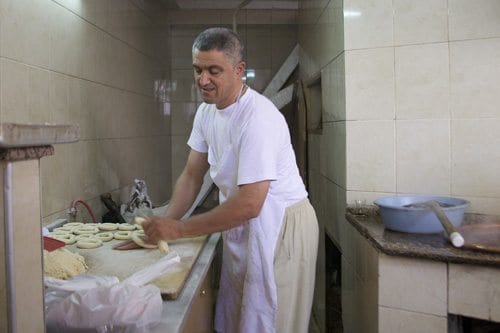 We hopped in line for a few gevrek and kumru (a toasted roll filled with cheese and tomatoes), which we devoured instantaneously. Afterwards, I was invited inside to see how gevrek is done. It starts with forming the dough into rings. 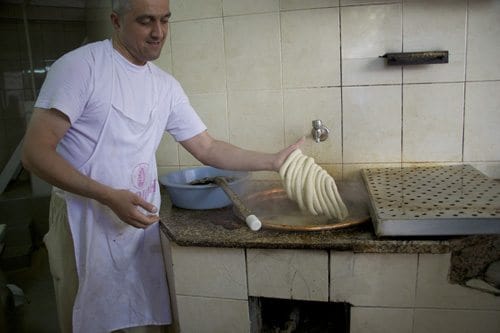 They are then dropped into boiling water mixed with pekmez (grape molassas). 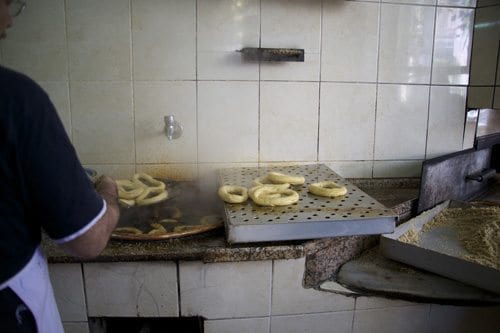 After a brief session, they are lifted out with a strainer and drained. 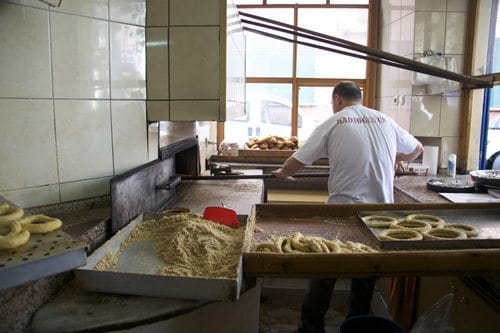 They are then encrusted in sesame and baked in a stone oven. 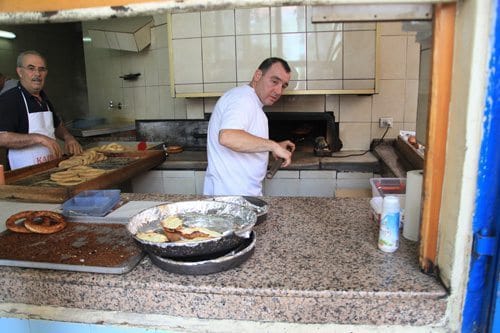 They are removed and immediately sold to patiently waiting clients. The smart ones also grab a kupru (in pan in foreground) or two. 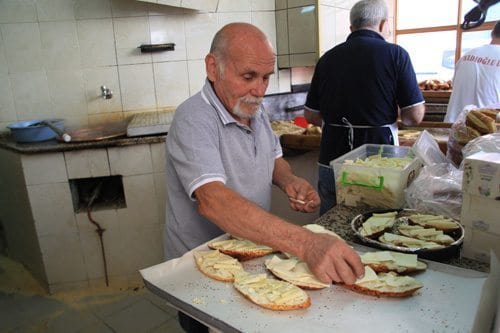 Here they are being made before stone-oven-toasting.