Gabriele Bonci To Open a Pizzeria In Chicago 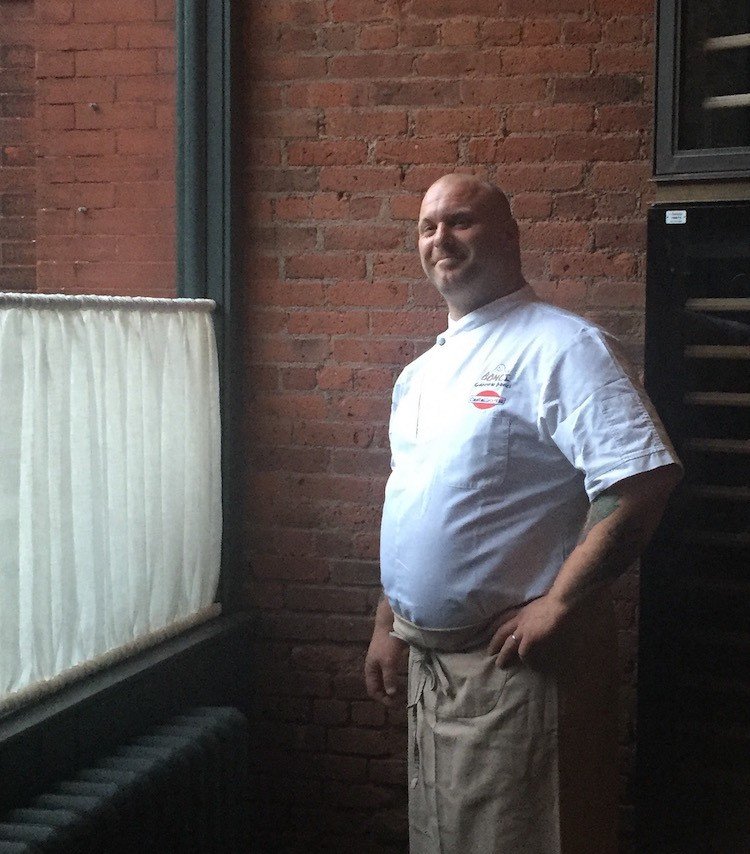 When Rome’s premier baker Gabriele Bonci hosted a pizza making workshop at Sullivan Street Bakery in NYC a few years back, chefs and bakers flew from across America to attend. On that same trip, Bonci and I hosted a way-beyond-sold-out dinner in Brooklyn, while last year, the Roman pizzaiolo packed the house at pop-ups at Chef’s Club by Food & Wine and Semilla. There’s no question that Gabriele Bonci has a hard core following in the US–and indeed across the globe–but he has a long way to go before becoming a household name in America.

He may be poised to change that with the launch of Bonci USA, a company co-founded with Rick Tasman, former chief operating officer of P.F. Chang’s, and Chakib Touhami, former director of operations for Flip Burger Boutique and a veteran of the dining industry. The trio is set to open their first pizzeria in Chicago’s West Loop just steps from Google in the summer of 2017 and they have their sights on NYC, Philly, and beyond. 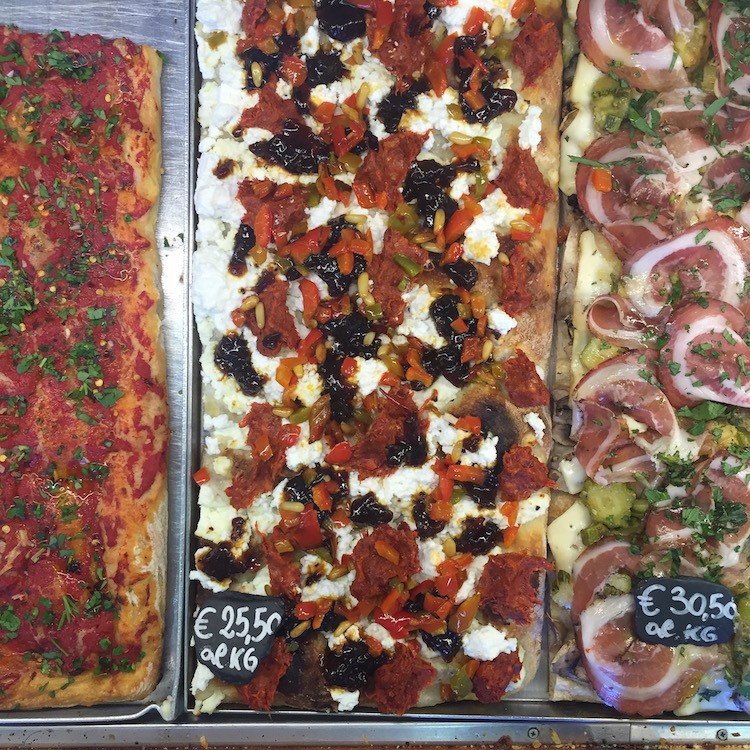 Sheet pans filled with Bonci’s pizza by the slice

Bonci already enjoys celebrity status in Italy where his 500-square-foot pizza by the slice joint has been a pilgrimage destination for gastronomic travelers for nearly a decade. Now in its fourteenth year of operation, Pizzarium was only put on the global map after Vogue called Bonci “the Michelangelo of dough”, a moniker that alludes to the baker’s artistic approach to dough and toppings and his venue’s proximity to the Vatican. Ever since, hordes of travelers, food professionals, and locals have visited Pizzarium eager to try the newest dough (it changes regularly) and seasonal toppings (many change daily) and generally to be inspired by Roman fast food elevated to an art form. In spite of his fame, Bonci’s business has grown slowly and been mainly focused in Rome: in 2012 he opened his eponymous bakery on Via Trionfale, while last year he opened a shop inside a Carrefour supermarket in the Flaminio district as well as a production and retail space in the nascent Mercato Centrale. 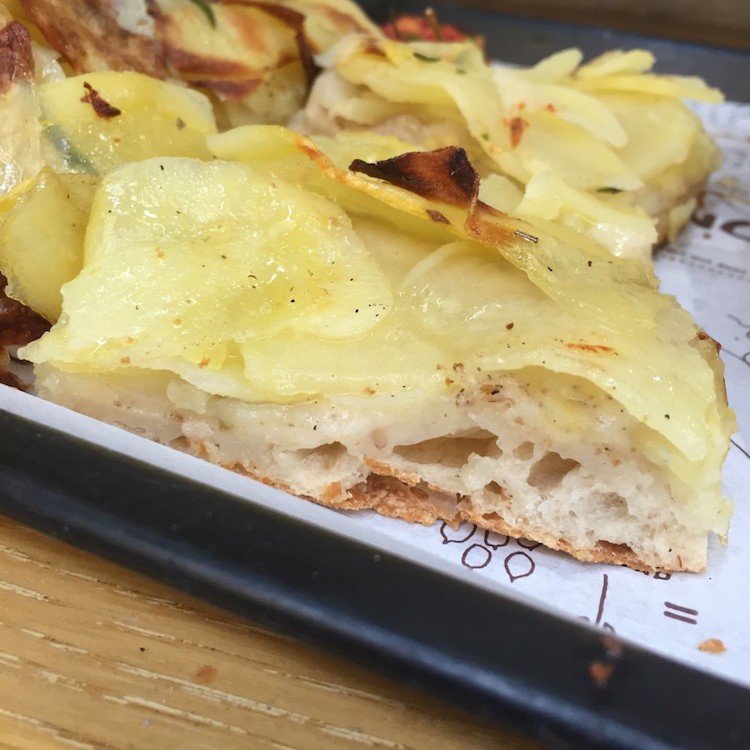 Bonci’s TV and food festival appearances have delivered his food and message across Italy, but his retail operations have remained rather small (in light of his outsized reputation) until now, due to the numerous economic, operational, and management hurdles involved in running what is largely a mom-and-pop business. Tasman and Touhami bring a much more sophisticated business approach to the table, as well as operational experience that is aimed as scaling businesses. How will this jive with or depart from the ethos of Rome’s top artisanal pizza shop? In a recent phone conversation, Tasman pledged his devotion to preserving Pizzarium’s quality and to respecting Bonci’s philosophy.

Perhaps the biggest hurdle Bonci USA faces is indoctrinating diners to a distinctly Roman style of pizza. Slowly, the style has begun to make headway and the nerdy and niche pizza world of America has been experimenting with it at places like My Pie in Manhattan, Eataly in NYC and Chicago, and Tartine Manufactory in San Francisco. There’s even a Pizzarium knock-off in Miami. Pam Yung, the undisputed ambassador for Bonci-style pizza in America, has introduced pizza al taglio to diners on the East and West Coasts and Rick Easton has brought it to Pittsburg and NYC, so let’s hope this affinity for sheet pan pies reaches the Mid-West*. Beginning in a city where the local Chicago-style is a grotesque calorie and cholesterol bomb that begs for a side of Tums seems risky. Will Chicago be hungry for Bonci’s super digestible, highly creative, natural pizza? We’re about 5 months away from finding out.

Check out my latest for Food & Wine for more! 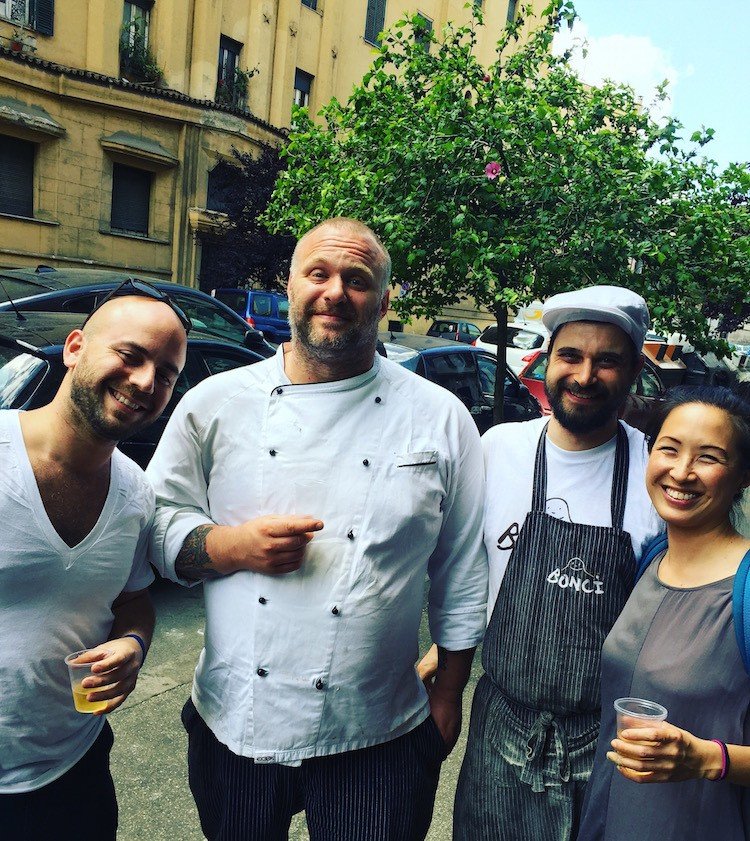 *NOT a dig on the Mid West, y’all! Just drawing distinction between regional Roman style, which isn’t even that popular in Italy, and presenting challenge of getting a large number of consumers to embrace this distinctive approach.