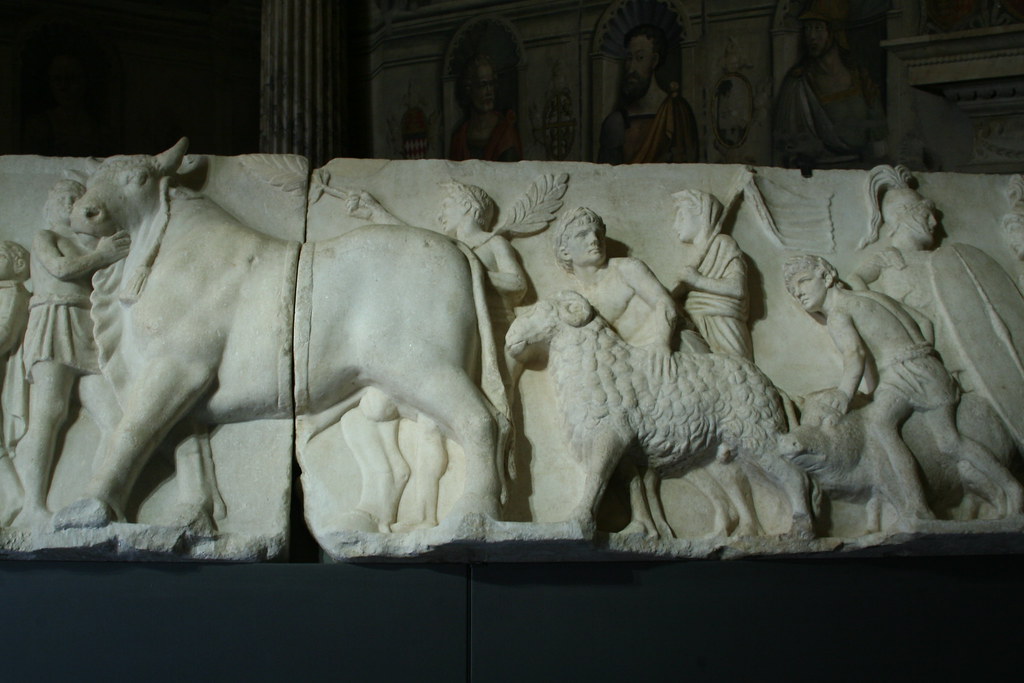 Today’s daily food photo is inspired by my geeky background in Roman art and archaeology and my love of BBQs. Many ancient reliefs (including this one known as the so-called Altar of Domitius Ahenobarbus) depict the suovetaurilia, the most important sacrifice the Romans could offer to their gods–that of a pig, a ram and a bull. After the animals were slaughtered, their entrails would be examined, a portion of their bodies would be “given” to the gods, and the rest would be consumed. Priests might sell some of the meat to local butchers to earn some quick cash, or the wealthy individual sponsoring the sacrifice would have the meat distributed to the poor so they could grill it up and enjoy some real protein for a change.