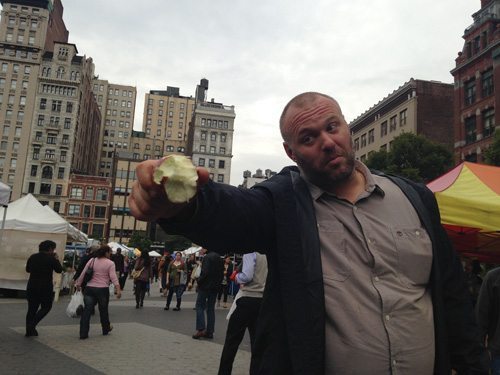 When team Bonci descended on NYC last month, anyone could have predicted the pizza carnage it would leave in its wake. I count myself as one of the casualties, so full from eating pizza I may consider taking a day off. Maybe. After a full week of pizza research, pizza events, pizza parties and pizza workshops, it’s fair to say that we made the most of a short time in NYC. Here’s what we got up to:

The ingredients from the event came from Italy (Dario Iaquone of Lazio’s own Molino Iaquone) accompanied the flour from Italy. Cured meats and mozzarella were procured from the BKLYN Larder, produce came from Union Square Greenmarket, pork neck was courtesy of Pat LaFrieda and craft beers came from Union Beer Distributors. 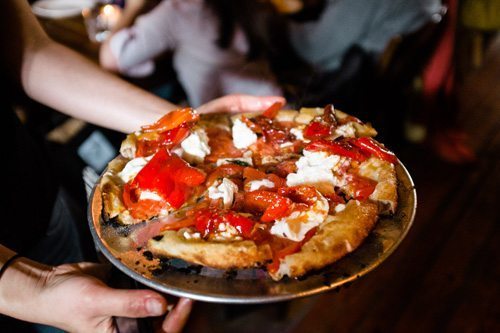 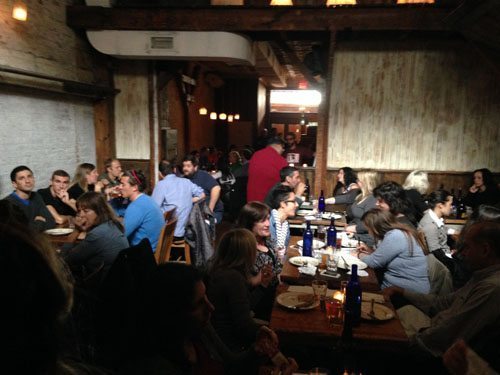 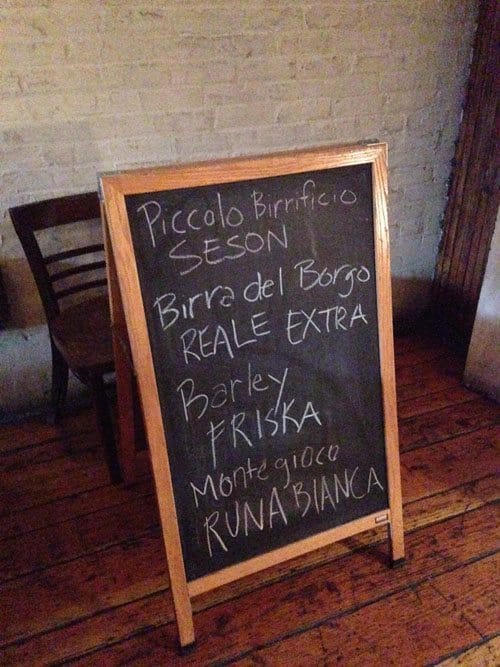 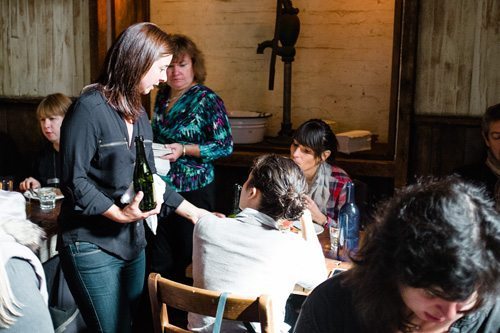 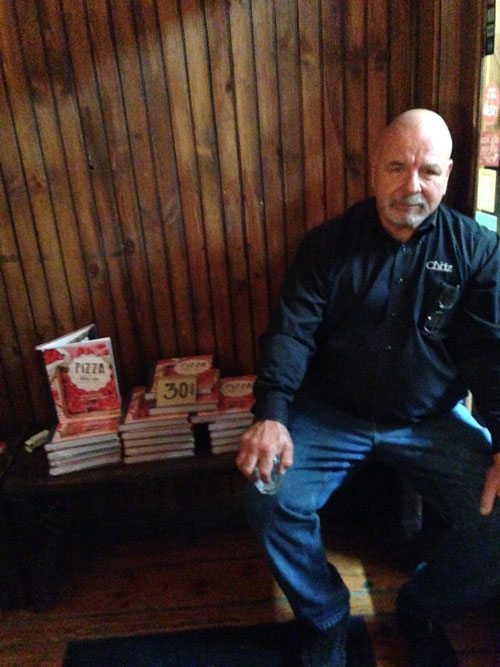 After a three hour eating and drinking extravaganza, Bonci busted out the grand finale: pork neck baked in pizza crust. The tender, fat-marbeled meat was paired with lightly dressed greens. For photos and commentary, check out Kate Anderson’s post on Slice. 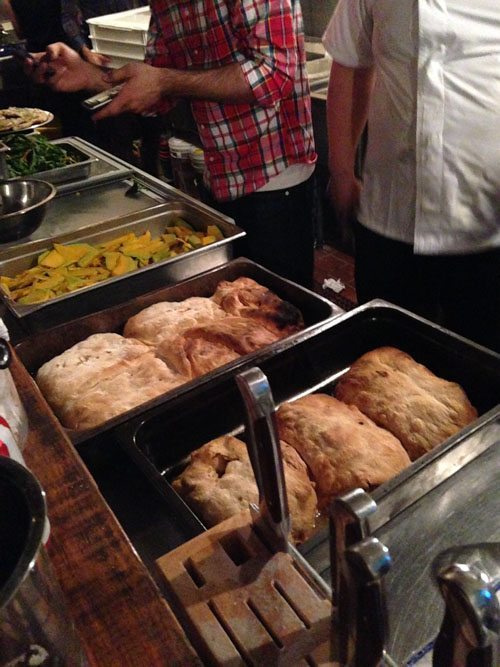 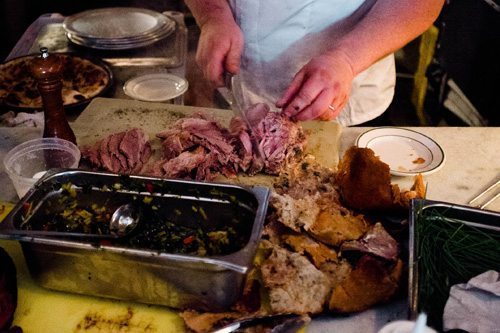 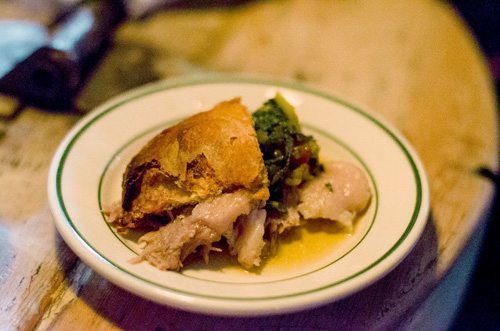 While his fans feasted on pork necks, Bonci turned his focus to NYC’s vegan ingredients and dishes at the produce stalls in Union Square Green Market and venues like Roberta’s, Dirt Candy and Kajitsu. 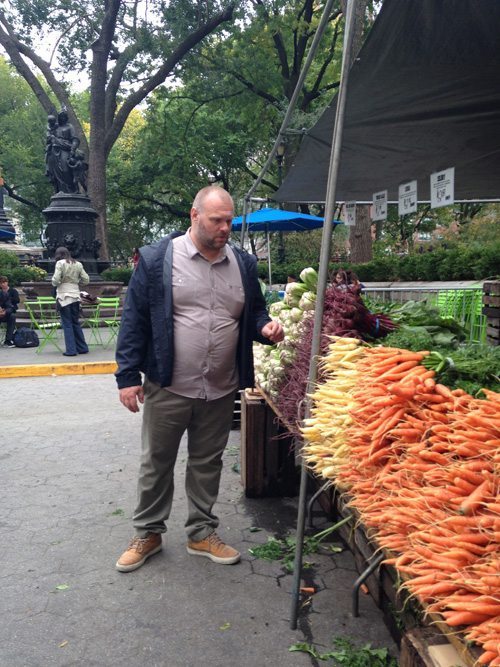 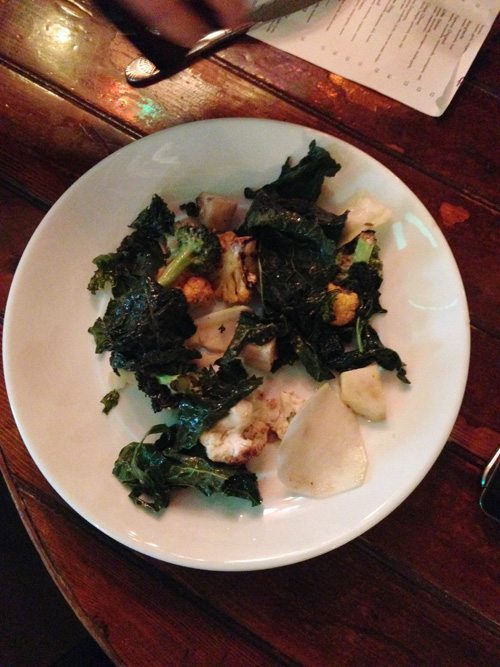 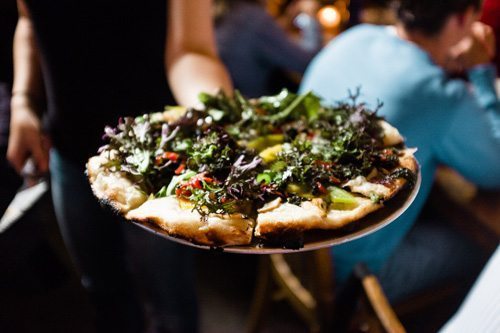 Bonci concluded the whirlwind trip with two workshops, one for professionals and one of home bakers. Expect to see Bonci’s influence soon on a restaurant table near you. 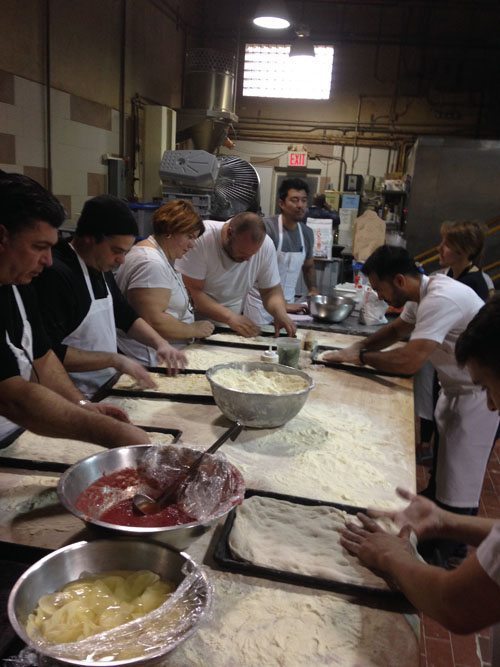 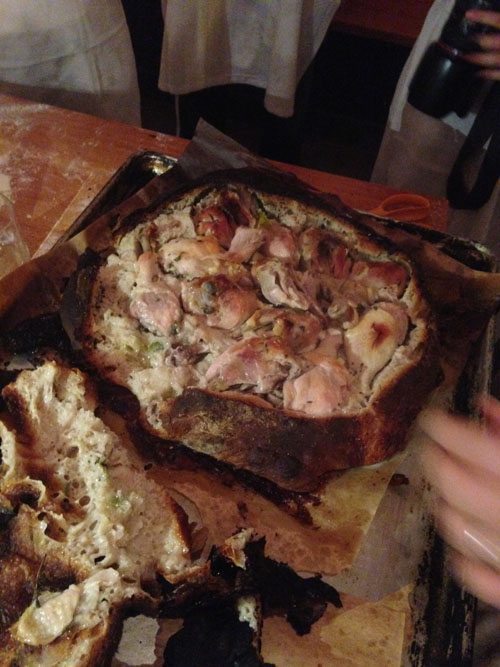 Photo credits: The good ones at Paulie Gee’s by Andrew Janjigian. The bad ones at PG’s and all others by moi.