Beppe and His Cheeses Come to Rome 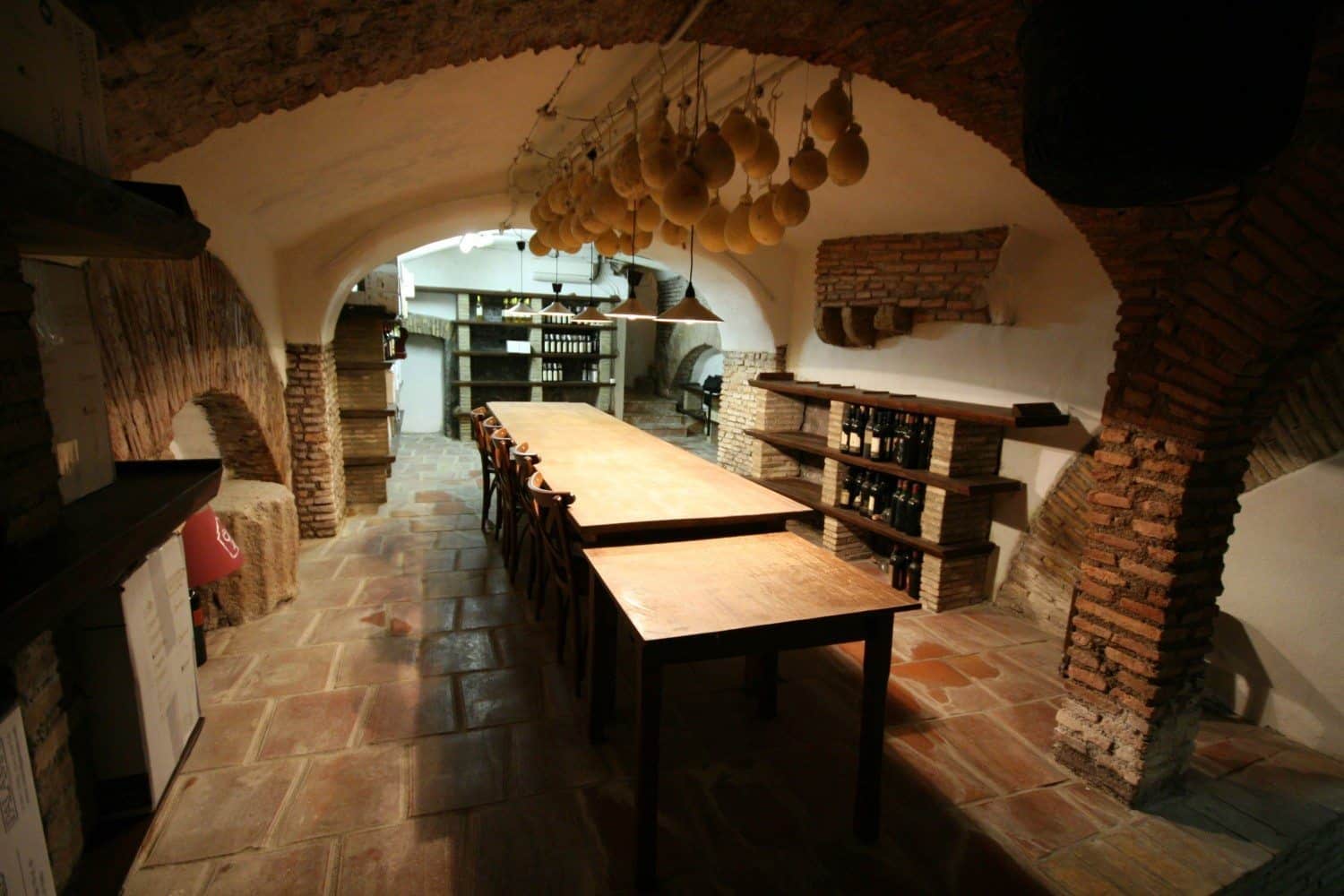 The cellar will host tastings amongst bottles of wine and fragments of ancient buildings.

In a couple of days, Beppe e I Suoi Formaggi, a new fine food and wine shop, will open its doors in Rome’s Jewish Ghetto. Renovations on Via Santa Maria del Pianto have been going on for months now. The location, formerly Gino and Antonio Nutricato’s Bottega del Vino (and before that their uncle Anacleto Bleve’s shop of the same name), is in the final stages of transformation, with just a few remaining glitches still to work out. The outcome will be a food destination that differs in both name and concept from the space’s previous incarnation. 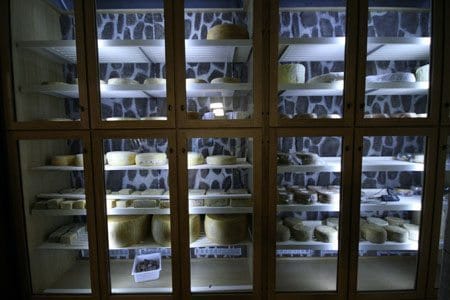 A case containing cheese occupies the back wall of the cheese shop.

As the name suggests, the focus there will be on cheeses, specifically those of Beppe (Giuseppe) Giovale, partner in the new endeavor and cheese producer from Piedmont. One of the two front rooms will be devoted to cheeses and several of Beppe’s products–toma bernata, mansueta, balbie, taleggiata and toma in walnut leaves–were already displayed in large refrigerated cases on the room’s back wall. Nearby were shelves filled with canned and bottled Italian food products (think tomato sauces, spreads, tuna, vinegars, and dry pastas). 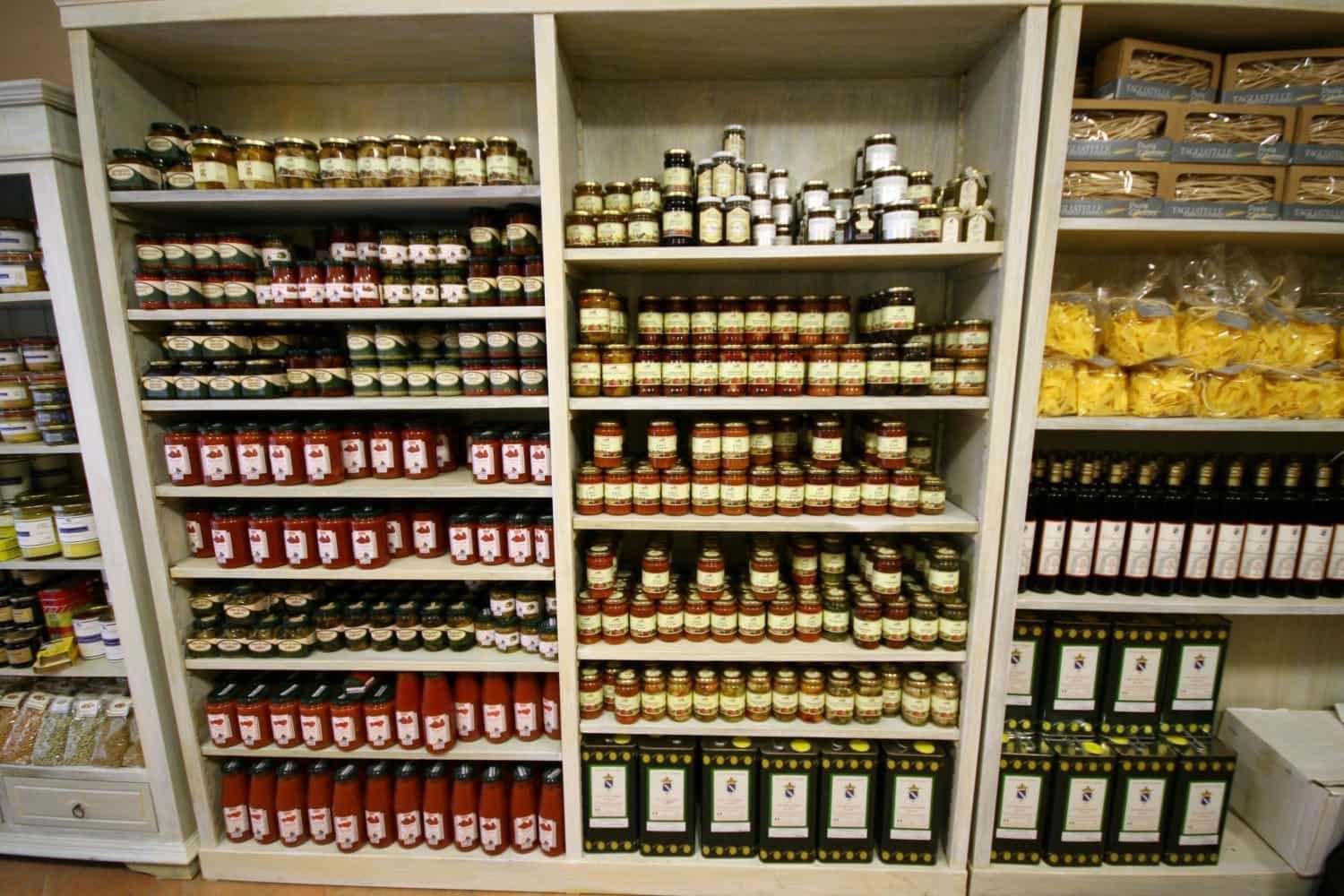 The other front room will be devoted to wine. Beppe’s partner Francesco Gigliotti (formerly of La Gibigianna in Barbaresco), took me through the inventory, which had an equally strong emphasis on Piedmont. “We hope to bring producers here to speak about their wines,” he explained, gesturing to the back room where tastings will be held. 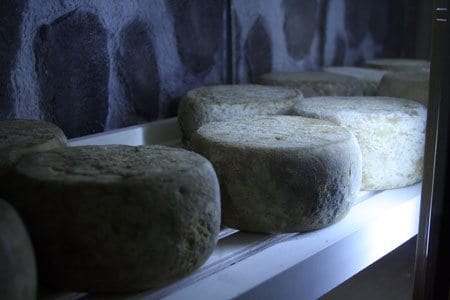 Balbie, a sheep’s milk cheese, aging in the case.

The cellar will also be used for tastings, as well as for aging cheeses. For Beppe and Francesco, Beppe e I Suoi Formaggi will be more than a specialty food and wine shop, but a place where clients can enrich their enogastronomic experience though meaningful contact with experts.