Skip to content
Home/Baalbek, Lebanon and Its Roman Temples
Previous Next

Baalbek, Lebanon and Its Roman Temples 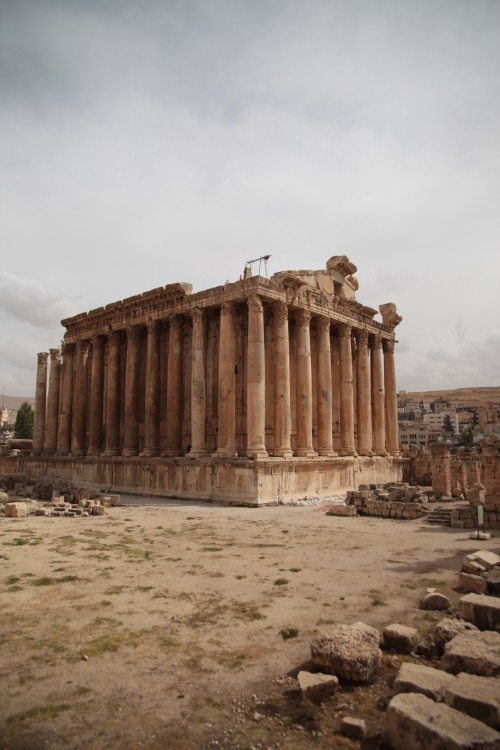 The ancient Temple of Bacchus.

On Tuesday, I visited ancient Heliopolis in the city of Baalbek in eastern Lebanon. Thanks to my degree in art history with a concentration in Roman antiquity, I tend to view archeological sites as being divorced from their contemporary surroundings. I think we all do this to some extent. Of the millions of annual visitors to the Roman Forum, few contemplate that the adjacent city hall was complicit in a vast years-long conspiracy to exploit Rome’s most vulnerable residents and to generally loot public coffers. Travelers converge on Pompeii but fail to really acknowledge the terror and violence the mafia exerts on its environs.

Ancient cities attract interested visitors while modern life trudges forward around them. So I was not surprised (though I would be lying if I said I was not extremely unsettled) to learn that Baalbek, home to some of ancient Rome’s most magnificent monuments, does double duty as a Hezbollah stronghold. Apparently a bunch of horrible things have happened in the world since Constantine’s reign (especially in the Levant) and Hezbollah is responsible for a lot of them. I did some research on this militia and political party and fell deep into an Hassan Nasrallah-tinged rabbit hole. When I emerged, I had far more questions than answers and resigned myself to the fact that decoding the political and military complexities in Lebanon is (get ready for the understatement of the year) far beyond the scope of a week-long visit. 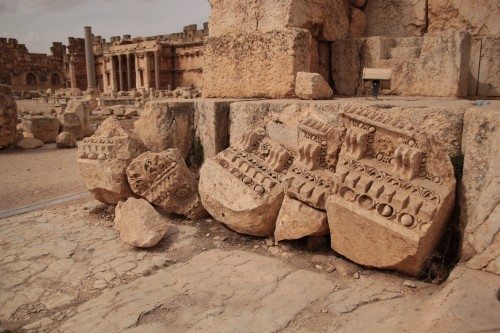 Traveling in Lebanon, I had read, was extremely dangerous. Family and friends warned me against it. Some begged me not to go. Although I had never visited before, I had a hunch the security concerns were exaggerated. Many media reports focus on violent news, which paints an inaccurate picture of the country as a whole. The US State department discourages all but non-essential travel to Lebanon, reserving special warnings for Baalbek and the surrounding Bekka Valley. But I found a more realistic assessment of security in Lebanon is more nuanced. There are some areas where the Syrian Civil War occasionally spills over (like Tripoli), others that are regarded as extremely safe (the Chouf Mountains) and others where the level of alert vacillates from safe to risky, depending on a number of internal and external circumstances. After reading recent traveller accounts and conferring with a few locals, I banished my pre-conceived notions that Baalbek was an active war front in clashes between ISIS and Hezbollah and that anyone looking Western or Pro-Israel would be targeted. I assessed the risk and felt the trip was relatively safe to take right now, and booked a driver to drive me the 2 hours from Beirut.

Feeling safe doesn’t mean I wasn’t uneasy. Portraits of Hezbollah leaders and martyrs trim the highway leading to Baalbek. The number of security checkpoints is high around the city and drivers must slow down for military inspection and are either waved through or stopped for further scrutiny. But once I arrived in the Baalbek, I didn’t feel threatened. It was a mellow day and there was a high security presence. I didn’t indulge my curiosity in the small Hezbollah propaganda museum. Though, many people do and some of them even wear short shorts while doing it and presumably live to tell the tale.

Instead, I focused on Baalbek’s archeological park, a sprawling set of temple complexes beside a smaller area dedicated to Venus. The temples are the best excavated but account for only a small fraction of the ancient city, much of which is still trapped beneath modern Baalbek. Just outside the main archeological park, the Temple of Venus is under restoration and surrounded by ancient and medieval ruins. 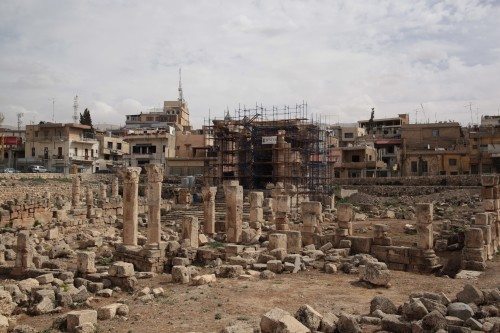 In the main site, which consists of neighboring temples, the enormous sanctuary of Jupiter is approached by an imposing staircase topped with towering Aswan granite columns. 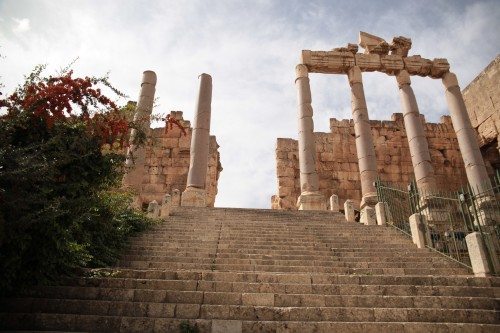 Next, a large hexagonal court contained colonnades and statuary. It has been heavily restored and one of the apses has a pretty cool (if damaged) roof. 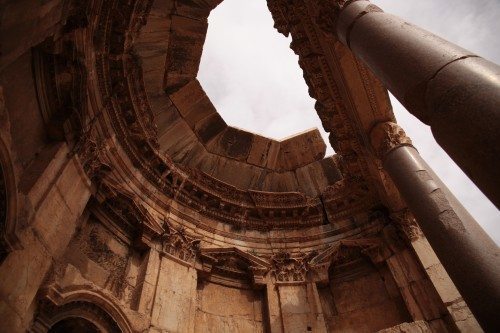 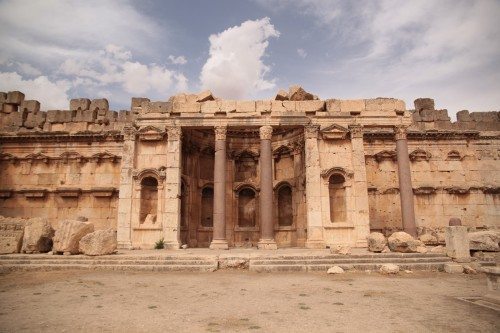 There were zero other tourists and that was very awesome. I was immediately reminded of traveling through Syria and Eastern Anatolia where I have often had archeological sites all to myself (or shared them, at the most, with a few dozen sheep).

The Temple of Jupiter’s columns were 60 feet tall and hewn from Egyptian granite. They are 20 feet taller than the columns in the Pantheon’s porch. 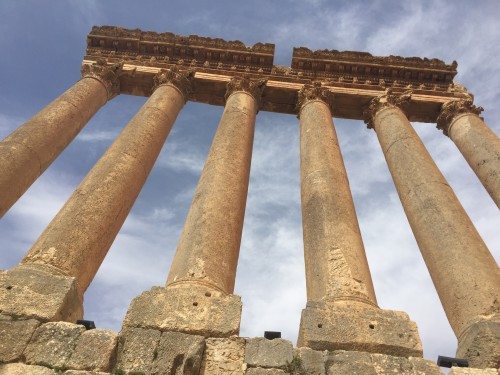 Next door, the Temple of Bacchus was a fixation of 19th century travelers who left their graffiti on its walls. The stunning structure is under restoration. The entire site is overseen by UNESCO. 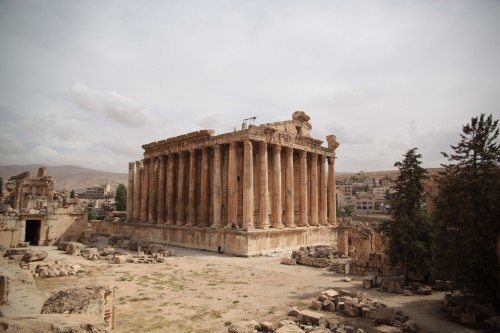 Would I go back to Baalbek? In a heartbeat. I would spend some more time visiting the city’s other sites like the old souk (accompanied by a local guide, though). Should you go to Baalbek? That’s a choice you should make based on the security situation at the moment of your travel, but if the coast is clear, an incredible experience awaits.