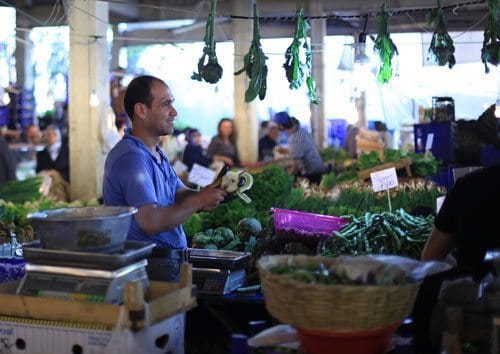 Just as artichoke season is ending in Rome, things are really getting going in Istanbul. Due to its history of commerce and immigration, it is quite natural to find produce in Istanbul that is imported from other parts of Turkey. In January, the first artichokes arrive from Cyprus. And in April and May, artichokes from Izmir flood the city. Mid-month, local artichokes will arrive in the markets. Today, I visited the Saturday bazaar in Besiktas and found the artichoke vendors in full effect. 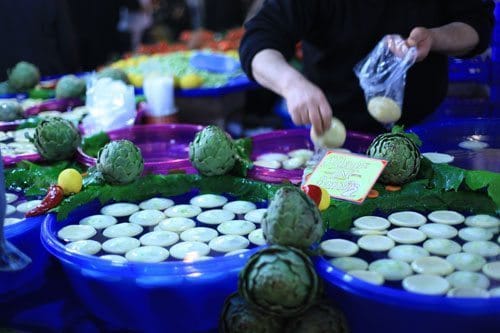 They were bagging up pruned artichokes which soaked in lemon water baths. 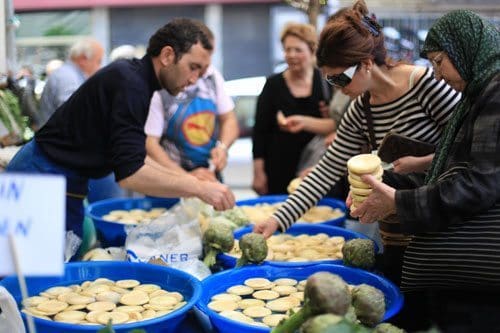 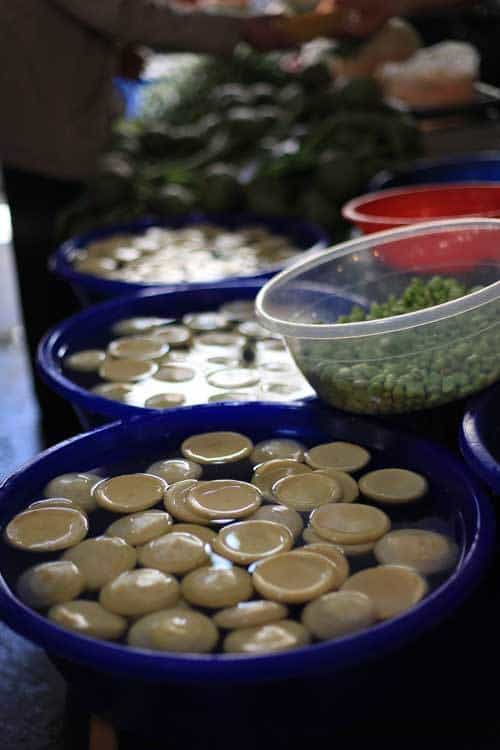 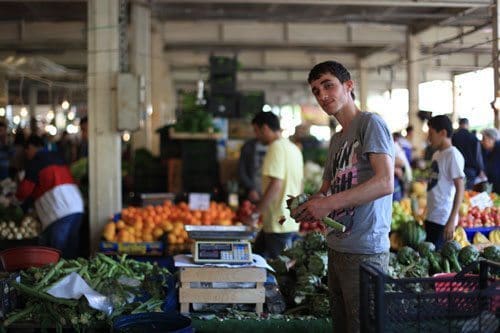 They were being pruned by vendors to prepare them for sale. Their leaves were stripped off, leaving only the broad, flat hearts. 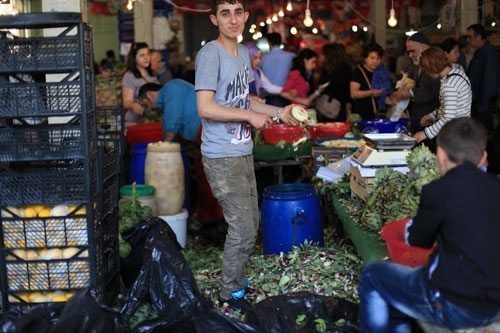 The floors of stalls were deep in leaves. Business is booming, apparently, in the height of Istanbul’s artichoke season.